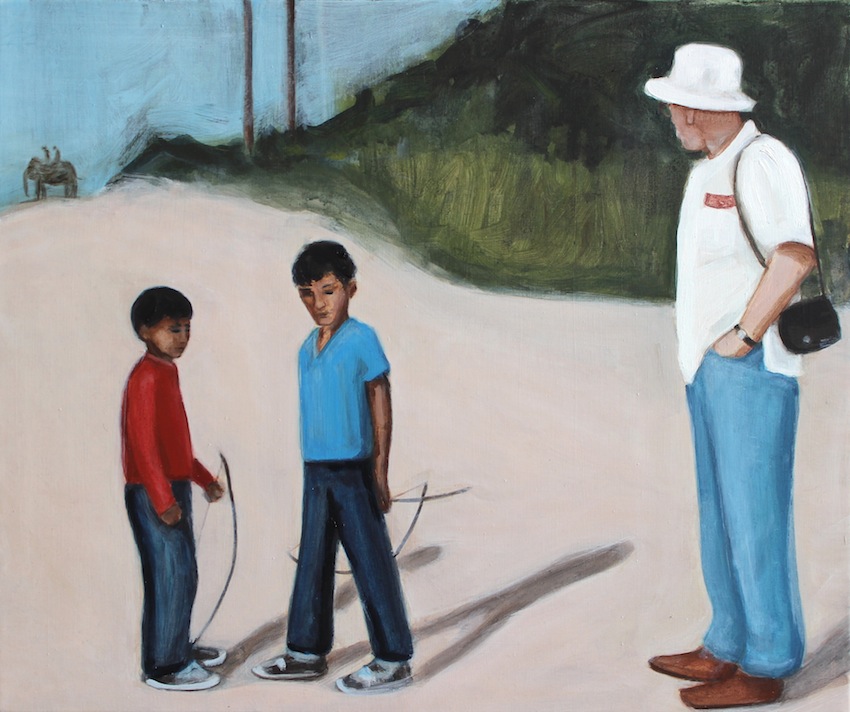 Matthew Krishanu comments: "I quite like [the]t idea of a box of memories, because I think in a way, putting together a solo show is about doing that – you’re sort of curating a set of memories that then have a dialogue with each other. And I also think of them as – I mean, memories or even little pools that you sort of enter. I guess that’s one of the things that makes them different from photographs, in that a photograph might be a record, a snap, one moment – a painting I think is about creating a small world around that photo... I really like that idea of something that you can enter like a box or an exhibition space, and enter these little rooms which for me are memories, but it’s not about nostalgia – it’s more about setting up something that’s still living – so it’s almost they’re all in the present, rather than in the past." 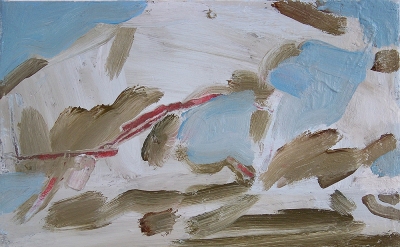 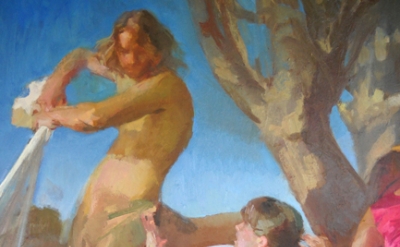 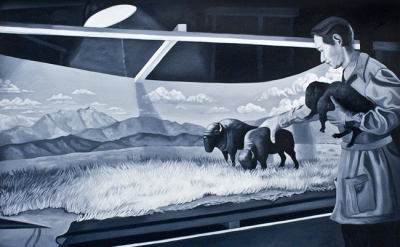