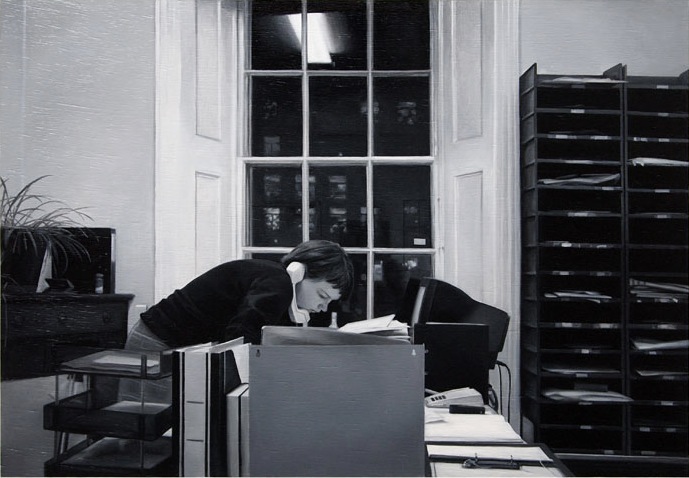 Middleton comments that "pretty much all the paintings I do are based on photographs I take myself with film cameras and I develop the film myself and so I’m sort of in control of the whole process from start to finish, so in a sense having that interest in photography really helps along the way to producing a painting at the end of it... Some of them, particularly the larger paintings that I’ve done, have started with an idea for a painting and then I have specifically set that up, so sometimes it’s been finding a figure to model in the picture then photographing the scenario, quite often there’s a transformative process along the way before the actual painting gets done. Some of the larger paintings might be based on a dozen or so photographs which are all worked together and a painting comes out of them. On the other hand, a lot of the smaller paintings are more like snapshots, and many of those come from photographs I didn’t take at the time with the intention of making a painting, it’s just the business of always having a camera with me so anything that catches my eye in terms of composition, lights or darks, anything, I’m able to photograph it and then sometimes there’s a process of weeks, months, or even years, before it almost surfaces from the unconscious and you think 'actually, that would make a really nice painting.' 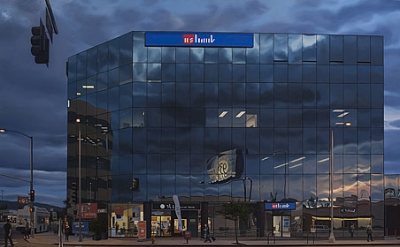 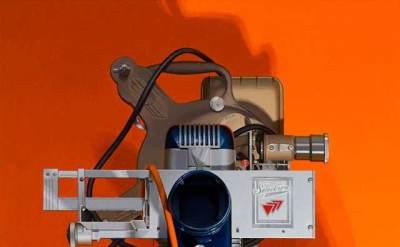