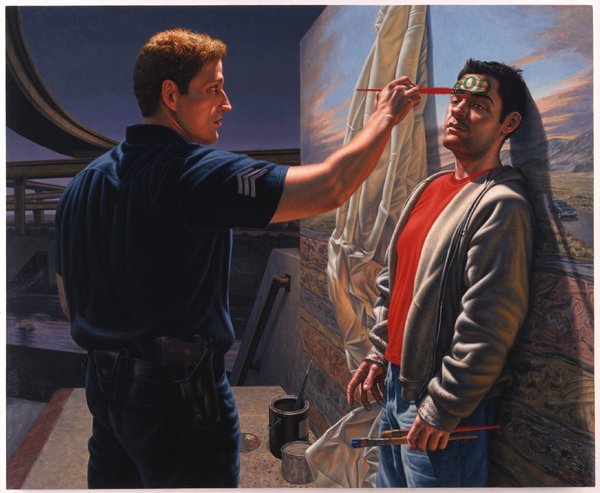 Knight notes that in Hess' paintings "it’s the small detail – or the accumulation of them – that carries his pictorial narratives along... With its complex interplay between real and fictive spaces, social alienation and power, emblems of creation and destruction, beauty and bathos, 'Light' refuses the simplistic closure of common pictorial storytelling. No mere police procedural, it frames the cinematic techniques of a detective story within a sophisticated layering of light. The illumination is at once celestial and menacing, a beatific cosmic force and the grim specter of a patrolling helicopter. The muralist’s crimson shirt reflects in a ring of red-flecked beard-stubble on his neck. Acute observation of empirical visual fact is inseparable from a bloody emblem of the hangman’s noose, for a distinctive image of conflicted enlightenment."

The Big Picture: Filling the Space 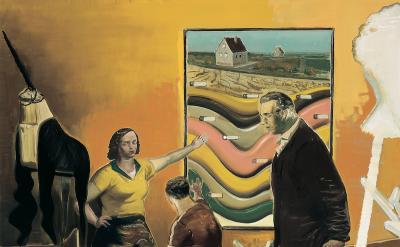 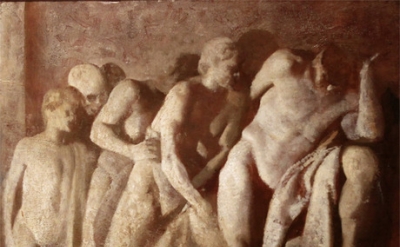