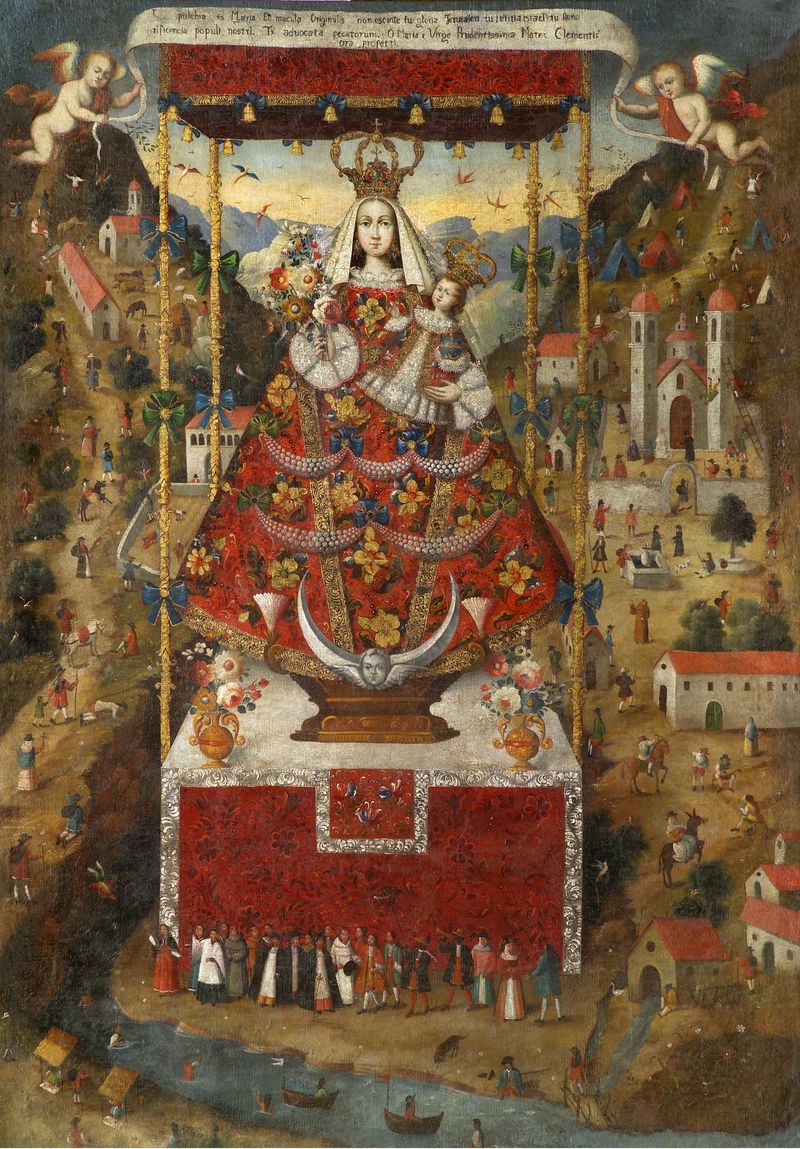 Our Lady of Cocharcas Under the Baldachin, Peru, 18th century, oil on canvas (courtesy LACMA)

Christopher Knight reviews the exhibition Contested Visions in the Spanish Colonial World at the Los Angeles County Museum of Art, on view through January 29, 2011.

Knight writes that "The preponderance of paintings demonstrates how thoroughly a European idiom came to prevail in New Spain. Even the uniquely Asian tradition of painted folding screens, unknown in Europe, came to the region by way of Spain's colony in the Philippines. Dazzling screens display extravagant personifications of four continents, Hernán Cortés' dramatic defeat of Moctezuma, a lavish map of Mexico City and, from LACMA's own collection, a sumptuous Indian wedding ceremony at a Catholic church... ecstatic emphasis on surface even makes colonial paintings feel circumstantially modern" 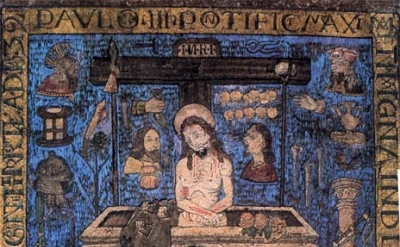