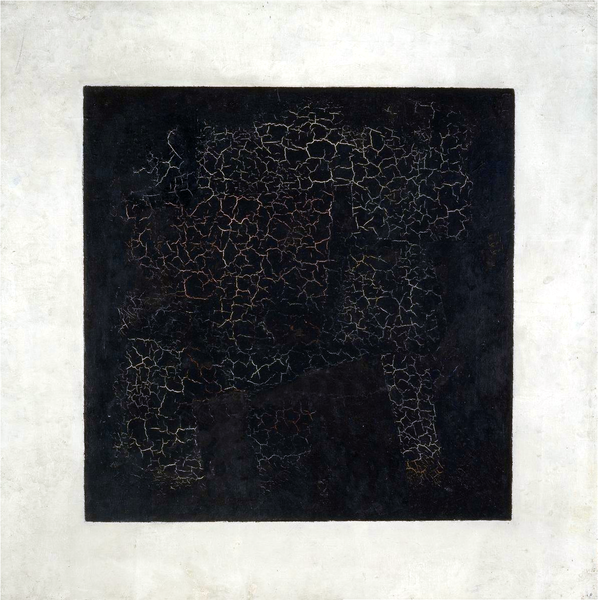 Groys writes that "one does not find in the art of the pre-revolutionary Russian avant-garde, including the art of Malevich, the characteristics that we tend to look for when speaking about critical, politically engaged art that is able to mobilize the masses for the revolution—art that can help change the world. Thus, the suspicion arises that Malevich’s famous Black Square is unrelated to any political and social revolution—that it is an artistic gesture that ultimately has relevance only inside artistic space. However, I would argue that if Malevich’s Black Square was not an active revolutionary gesture in the sense that it criticized the political status quo or advertised a coming revolution, it was revolutionary in a much deeper sense. After all, what is revolution? It is not the process of building a new society—this is the goal of the post-revolutionary period. Rather, revolution is the radical destruction of the existing society. However, to accept this revolutionary destruction is not an easy psychological operation. We tend to resist the radical forces of destruction, we tend to be compassionate and nostalgic toward our past—and maybe even more so toward our endangered present. The Russian avant-garde—and the early European avant-garde in general—was the strongest possible medicine against any kind of compassion or nostalgia. It accepted the total destruction of all the traditions of European and Russian culture—traditions that were dear not only to the educated classes but also to the general population."