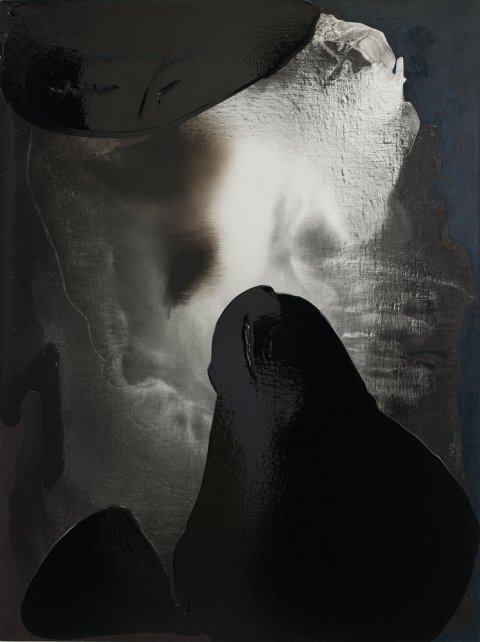 Asked about process Condon notes: "Earlier I’d balanced pours and imagery, but in the recent paintings was looking for a way to express the inspiration of 1970s glam rock working with glitter and mylar, which were new materials for me. Lately there has been less of a need to intercede with a brush, as I am interested in the balance between form and formlessness. But I still love brushes, and a desire for form may reassert itself. I’ve learned to work shorter but more frequent sessions, in Chinese landscape scroll painting there is so much rehearsal required for a momentary engagement, much like a sport or a performance. It’s like working in a burst, whereas I see figure painting, for example, as a more sustained endeavor over time. At this moment, the speed and fluency of pouring feels right for how time moves, and spreads, and it also echoes the definitive images of our historical time such as 9/11 and the BP oil spill among others."

via:
The Electric Beef