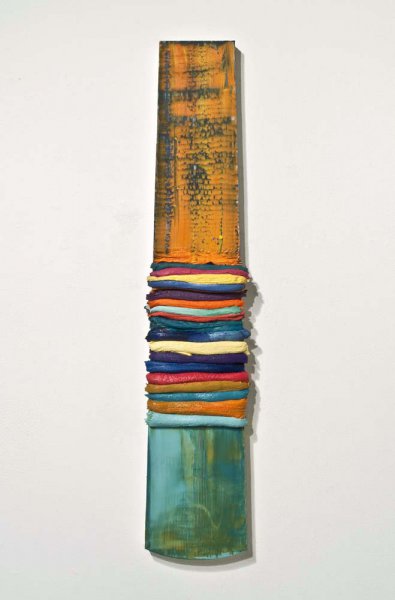 Wayne comments: "My relationship to landscape is really rooted in memory, in the light, colors and geography of the West. So here, in the middle of midtown Manhattan, I approach the subject more as an opportunity to depict visual manifestations of physical forces: compression, subduction, morphogenesis, rather than pictures of nature in the traditional sense. And many of the paintings are shaped in ways that accentuate movement and instability. In the large horizontal multi-paneled pictures (which were directly influenced by Elizabeth Murray and Mary Heilmann, by the way) I created a kind of pictorial space that, while far from illusionistic in terms of perspective, are nevertheless frontal compressions of movement in time and space. Generally read from left to right, they express the forces of moving water, shifting tectonic plates, and our impact on the environment. In the tall narrow vertical works, I reference Barnett Newman’s famous zip painting, Wild, isolating the gesture from its larger context by creating a kind of virtual core sample. So by eliminating traditional narrative as a mediator, I’m interested instead in creating an analogous experience to being in nature." 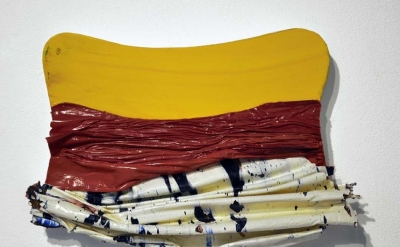