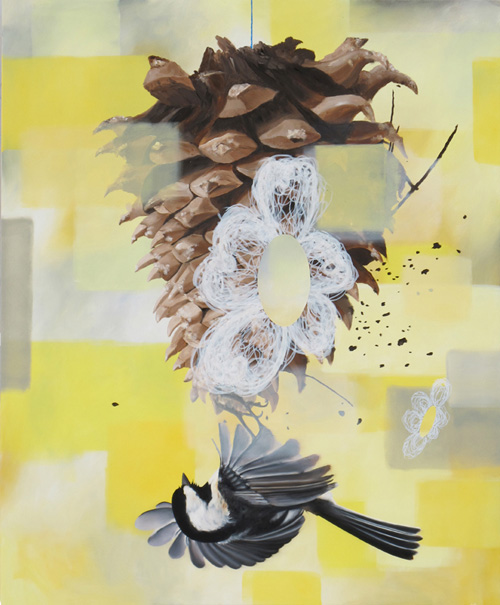 Adams comments: "I usually work off of visions—almost like hallucinations. Sometimes the visions come in multiples but usually they appear one at a time. I go with that image, make a quick thumbnail sketch and work out from there, adding to and/or making modifications. I also compose the beginnings of a painting on the computer but I don’t paint those images verbatim. I’m mostly just interested in composition at that point. I love using the computer as one tool in my process." 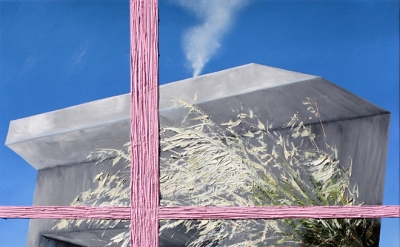 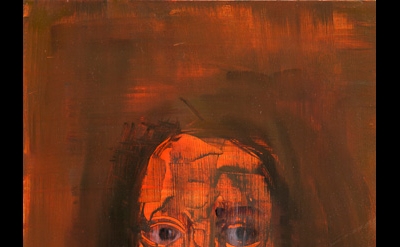