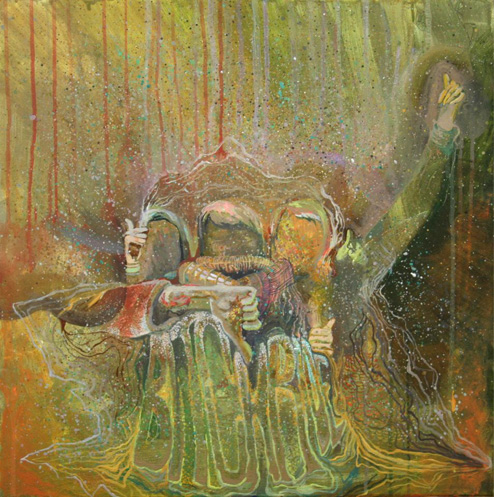 In the video Hitchings discusses her narrative paintings of which she has written: "once, i found myself situated in a room with about a dozen others all focusing on the outcome of an event unfolding in our presence. that focal point, which consisted of another person and their fate, was the common thread between all of us. the moments spent in that room were ones that no participating party would be able to forget, and it spawned vigorous changes in the relationships of each involved. though my work had already concerned human relationships, from that point on it became a more prevalent, dominating, and undeniable source of content, and slowly manifested itself into visual forms."