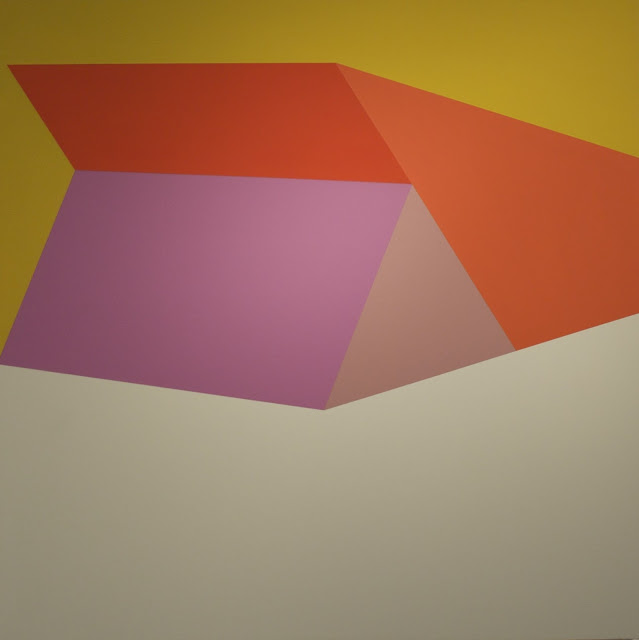 Huete writes: "While reading more assertively and exclusively as a landform, [Delgado's painting]Tectonic (2013) also effectively engages in [a] shift of interior and exterior space. The link between title and form are easy to connect: the painting looks like a pared down, geometric model of one tectonic plate sliding over another. In that it feels like a representation of a model as opposed to the real thing is likely due to the objects’ lack of cropping—well, almost lack of cropping. The red plate is mostly contained within the frame with the exception of its tail on the right, and the very bottom left tip of the purple plate is cropped out. But because most of said plates are captured within the painting’s boundaries, they simultaneously read as something smaller, like children’s playing blocks, or maybe severely uncomfortable modern furniture. The shadows cast on the dark side of the plates seem improbable in sunlight, as if a lamp is illuminating them instead. In this and Primetime, Delgado appears to be conflating the drama, romanticism, and potential violence of nature with the banality of our interior lives." 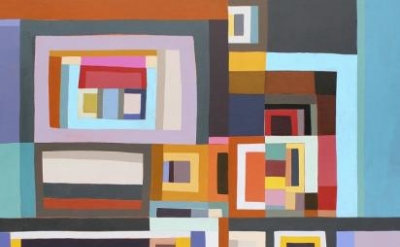 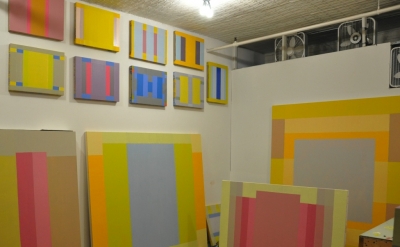