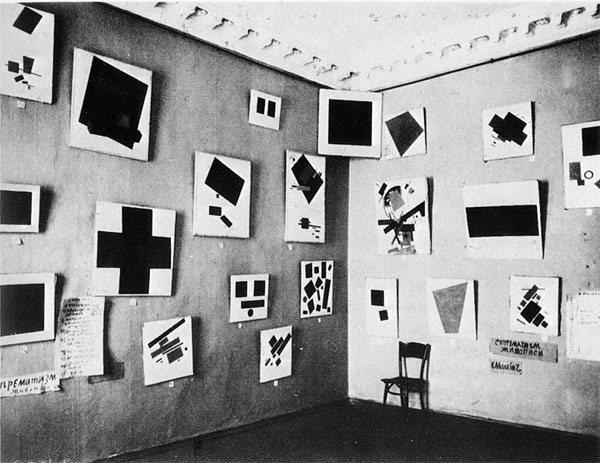 Stone writes that "what begins to happen in the Square, Cross and Stripe is that the painting is no longer a painting of a thing, but has indeed become a thing in itself. The form, the shape of the form fills the space of the painting. The paintings become painted objects instead of paintings of objects in painted space. By objectifying the thing, the painting of pure form itself, our relationship to Painting is newly changed – both the Renaissance 'window' and the Naturalistic 'mirror' become redundant. Malevich’s distrust and distaste for the 'accumulation of things' in paintings IS the opportunity to make the painting itself into a thing-in-the-world, in essence a being, a sublime thing. A painting as a thing is as real as a chair, a desk, a pipe, while retaining its symbolic, Platonic meaning as a painting. It doesn’t create a visual world, but is instead, in the world. It is a fetish object, something to be contemplated, and quite possibly worshipped, rather than seen."

Painted into a (Beautiful Corner) 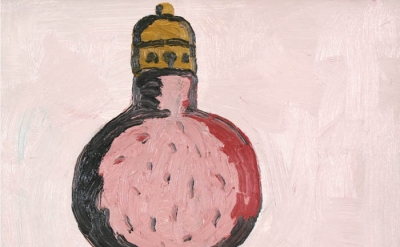