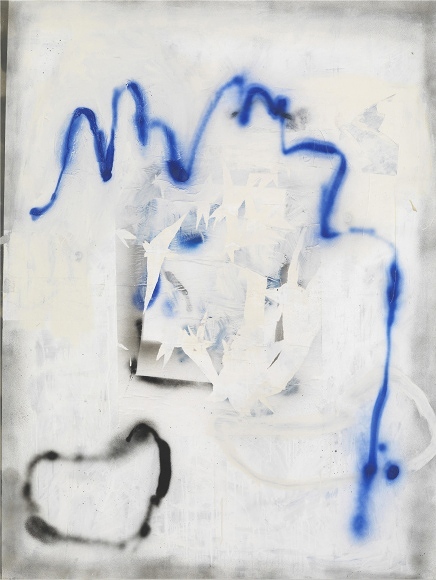 Cox introduces the interview by writing: "Ostrowski’s approach to painting therefore involves a simultaneous abandoning and re-inventing of historical tropes; concurrently creating what are essentially process-based abstractions. The F paintings are not created to please or conform; they are ballsy works that negate notions of perfection. Within this series, Ostrowski produces irreverent works that slyly mock and joke at both respected historical art figures and movements. For instance the paper ripped surface of F (Deutscher Film In Russland) 2013, can be interpreted as hinting at both Nouveu Realisme and Russian Constructivism, whilst such gestural Yves Klein Blue spray-painted marks within F (Diagramm) bring to mind elements akin to early 80’s Basquiat and of course Yves Klein." 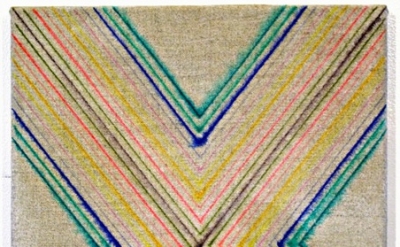