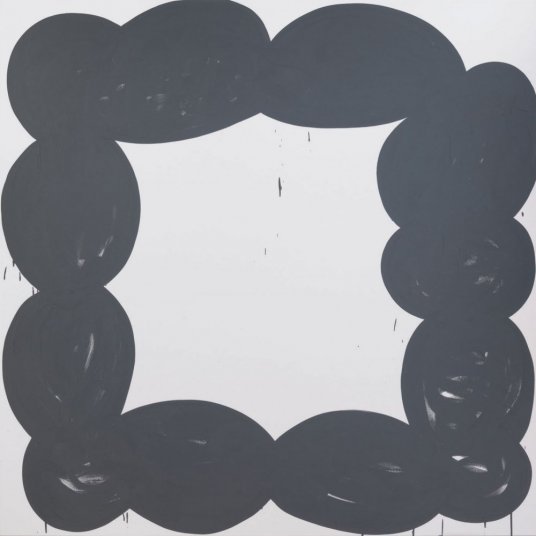 Hurst writes: Among the crop of painting shows that opened this season in New York, [this show] is particularly notable for its visual impact and irreverent sense of humor... Daubed quickly in vigorous gray paint, there is a sense of immediacy and of action committed in the heat of the moment. Splashes, drips, and flurries of the brush inundate the otherwise matte gray surfaces. Each painting is enacted in one sitting, often times after lightly sketching her plan of attack and meditating on the surface. This practice might be viewed as a re-enactment of sorts, a conjuring of juvenile, casual energies. Each of these paintings beings with a series of sketches in sharpie marker on notebook paper. The translation from sketchy daydream to fully realized painting seems somewhat like a performance in its own right. This is a reimagining; the result is like looking through a foggy car window at a familiar landscape. While we experience a common sense of graphic power, her compositions carry differences born in the moment of their creation. The resulting images hover in front of the eye as they conflate positive and negative space." 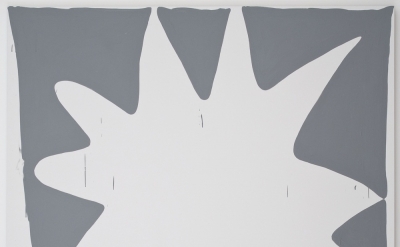 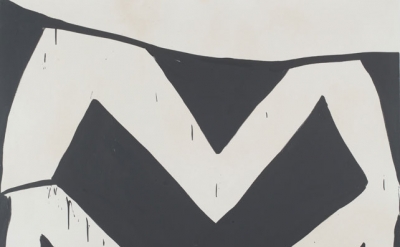