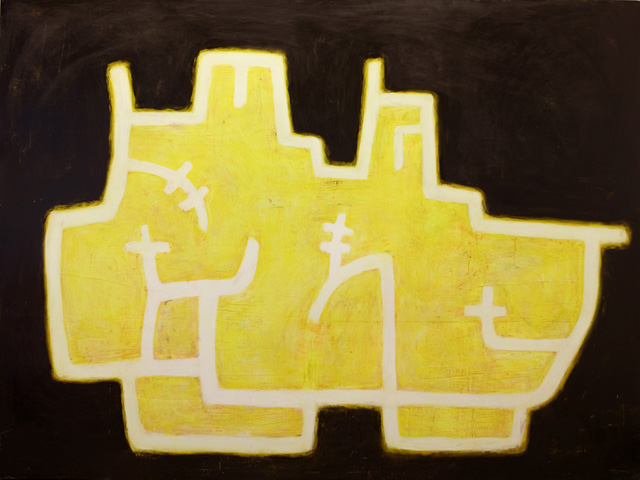 John Yau reviews the exhibition Chuck Webster: Paintings at ZieherSmith, New York, on view through May 25, 2012.

Yau writes: "The structure that Webster is here exploring is a stepped form that owes something to Navaho blankets. He uses a thick line to make the form’s border, appendages and interior lines. The thickness of the line confers gravity, as well as a sense of slow forcefulness... For all of its weight, the forms seem animated, as if they might pick up and move elsewhere. By focusing on one form, which he never repeats exactly, I got the sense that the artist is trying to consolidate what he knows and attempting to learn something else at the same time. Webster certainly knows how to make an interesting and often mysterious form, but he has seldom put it somewhere believable. Now it seems that he wants to expand the premise of his work, to go beyond the realm of mysterious things and make places where such things might exist." 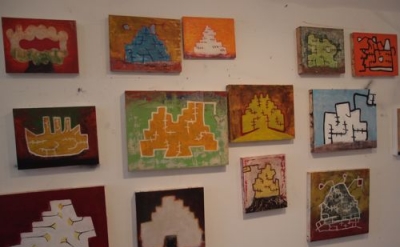