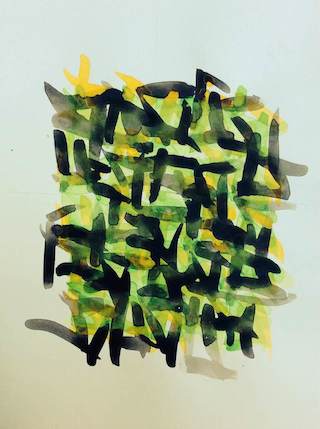 John Yau recounts a visit to the studio of painter Denis Farrell.

Yau writes: "Farrell shares something with the reductive impulses that are central to Minimalist artists such as Robert Ryman, Brice Marden and, to a lesser degree the Radical Painting of Marcia Hafif. What distinguishes Farrell’s work from these American painters is the connection he makes between making and time passing, which seems to be of little interest to them. It is his consciousness of time passing, of art as a repeated act, combined with an intense material sensitivity, and, in the watercolors, a sensitivity to color and light that spans the spectrum between materiality and immateriality, that sets Farrell’s work apart from these two generations of older artists. I brought up Ryman while looking at a painting with a creamy white impasto surface punctuated by pimple-like protrusions scattered almost evenly across the surface, to which he responded, 'Sometimes I wander into someone else’s garden and have to find my way out.' This observation conveys Farrell’s innate faith in the process he has devised for himself, secure in the knowledge that by moving across the surface something unexpected will happen, leading him into an unanticipated direction." 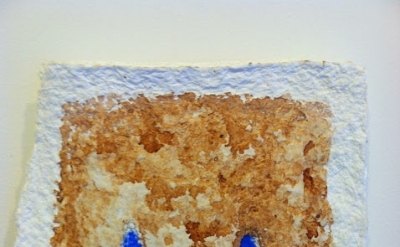 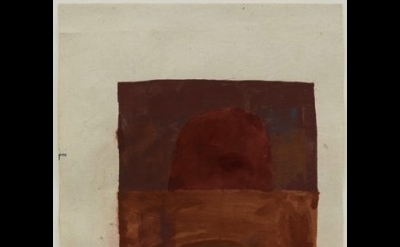