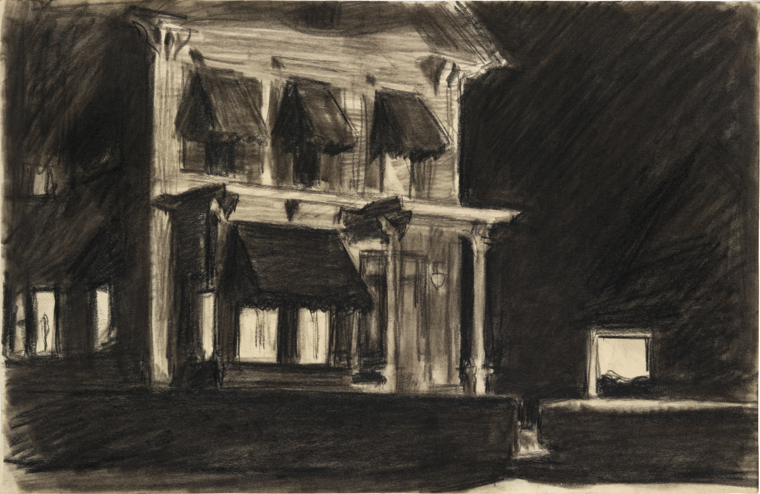 Alex Heimbach reviews the exhibition Edward Hopper: Drawing at the Whitney Museum of Art, New York, on view through October 6, 2013.

Citing a suite of preparatory drawings displayed with the painting Rooms for Tourists (1945), Heimbach writes that "curator Carter E. Foster has cleverly arranged the space to showcase how Hopper drafted his final products, allowing viewers to observe the accumulation of details that eventually cohere into a single whole. The exhibit includes nine drawings for 'Rooms for Tourists,' varying from extremely rough, partial sketches to a complete draft that’s a work of art in its own right. The progression shows in an ever-increasing level of exactitude: the early versions are just rough shapes with little shading or detailing, while later drafts include more depth and greater sections of the whole." 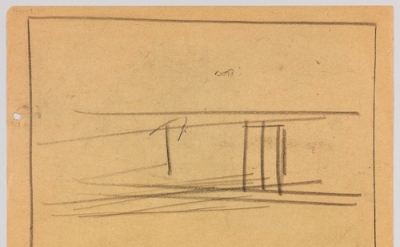 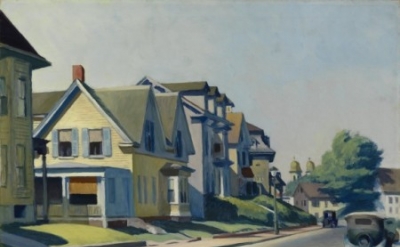