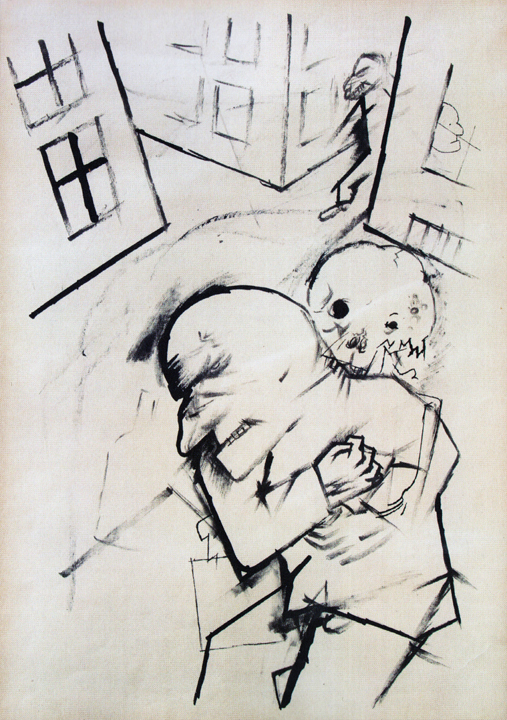 Cicetti writes: "Grosz’s deranged yet graceful pen work might first appear as the aping of primitive or outsider art, but it is not merely an artistic affection. His cross-sectional surveying of a scene, marked by intersecting lines, suggests a sustained observation of a subject over time; despite looking like cartoons, they are not imaginary. Grosz’s fluid composition has added fluency in the era of the moving picture — his work unfolds across the paper. Harsh variance in line thickness, suggesting a depth-of-field, further emphasizes a cinematic perspective. In many works Grosz’s seemingly inexpert handling of facial features, the eyes and mouth in particular, gives each subject a distinct personality; however, his rendering of hands is most telling of all." 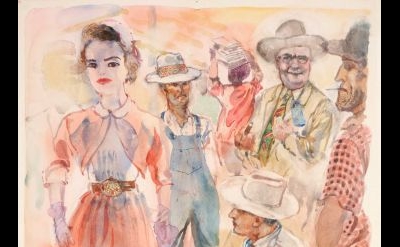 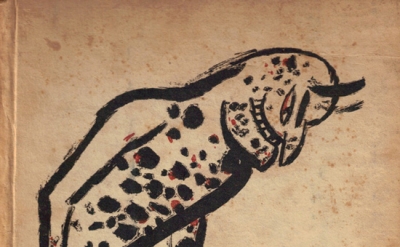