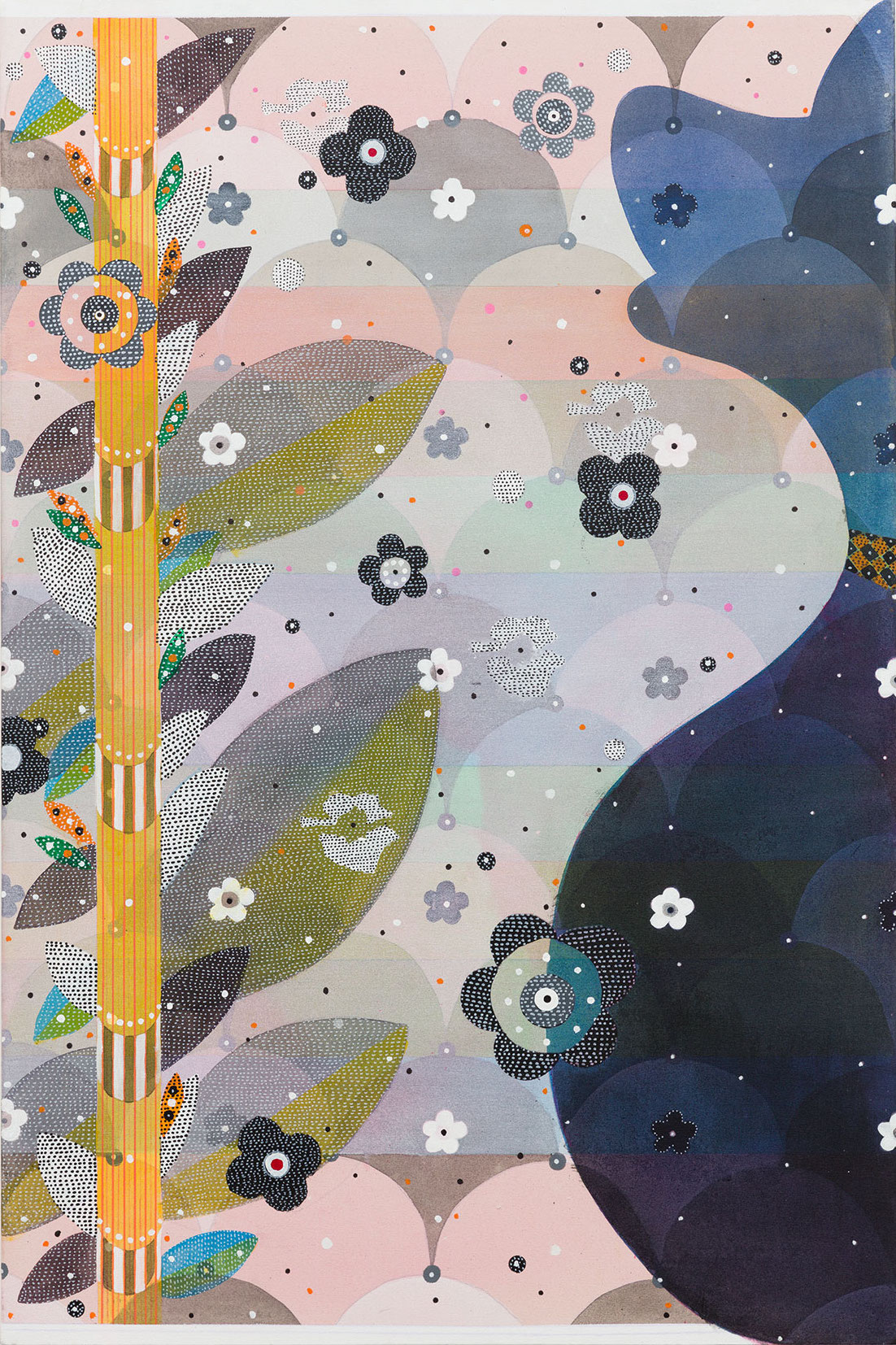 Gerwin writes: "As I stood among his paintings, I became physically aware of a subtle conflict between sensual thrill and intellectual restraint... In 'Okay (Blue)' a rubber ducky shares the foreground with a highly stylized vertical stalk of plant, vaguely resembling bamboo, while the background is done in quiet pastels and lots of tiny dash marks... While painting a rubber ducky would seem to leave little choice but exaggerating the cliché in the ironic voice prevalent among younger artists, Goldberg manages to sublimate those associations and give the image new life through formal abstraction." 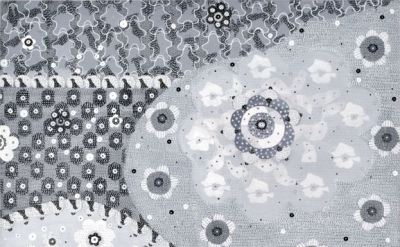 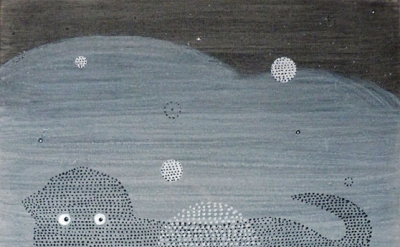 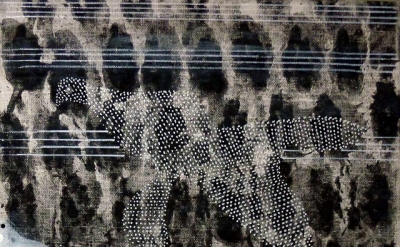