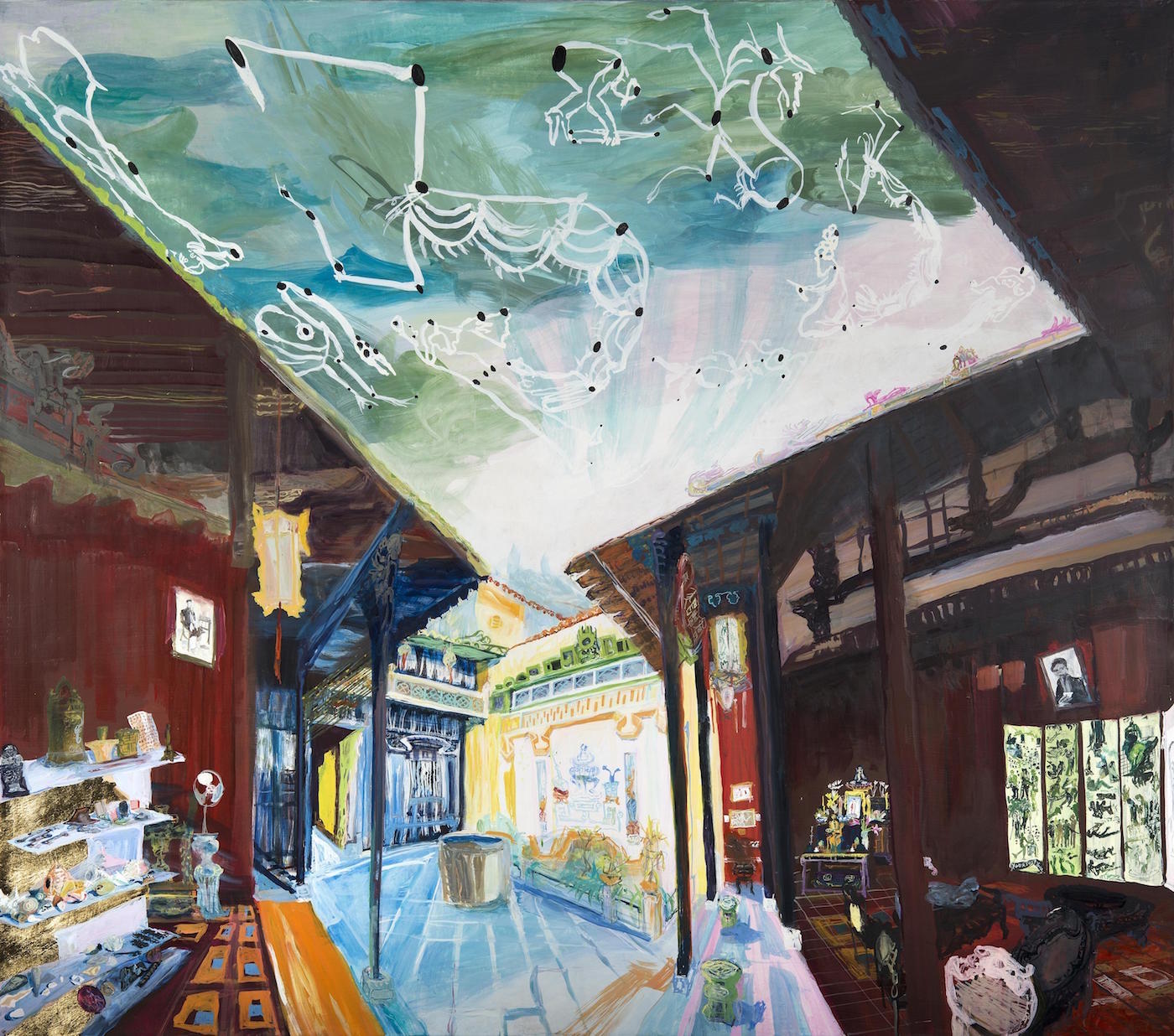 Stan Mir reviews Jane Irish: A Rapid Whirling on the Heel continues at Locks Gallery, Philadelphia, on view through May 31, 2016.

Mir writes: "The layering of East and West, and the sense of connection Irish has with [Edgar Alan] Poe’s Eureka, suggest that geographical boundaries and standardized notions of time are perhaps meaningless. She implies that there are no discrete actions. Poe, when he discusses his definition of gravity, meditates on the complex relation of one atom to another. It’s a meditation that speaks to Irish’s ambitions in her work... The atoms in Irish’s work are the markers of globalization, the Rococo rooms, the anti-war protestors, the presence of Chinese and Japanese influence, that seem to have been drawn together by enigmatic forces. But where Poe is rightly in awe of the universe’s composition, the forces Irish depicts aren’t mysterious. They are driven by humankind’s greed and deserve no reverence." 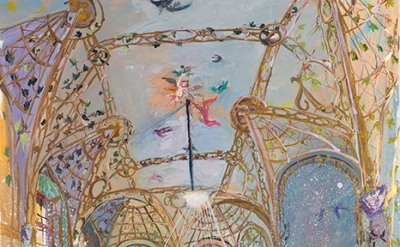