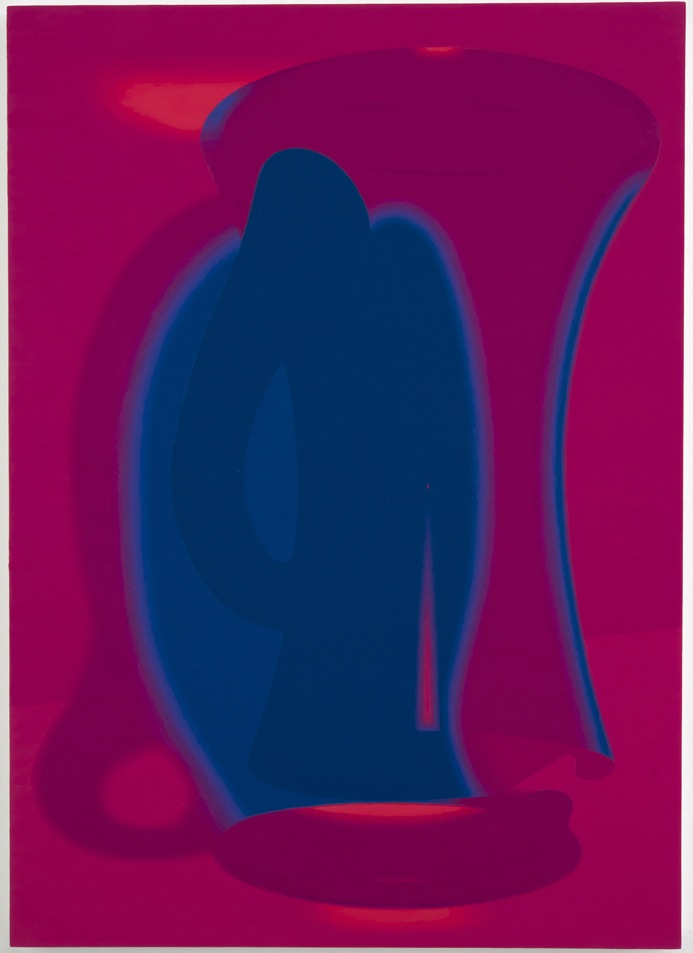 John Yau blogs about the work of Joshua Marsh, on view in the exhibition Joshua Marsh: As If at Jeff Bailey Gallery, New York, through May 4, 2013.

Yau writes that "the perceptual state [Marsh] focuses on is both optical and volumetric, a tension between solid form and ethereal light. Using a high-keyed, hothouse palette, he makes his forms tremble and even undulate between silhouette and shadow, thing and ghost. They seem to be there and not there at the same time... The high-keyed palette places Marsh’s forms under extreme pressure, as if the technological light of LED screens, surveillance cameras and airport security machines is consuming them. In some of the paintings — 'Reflection' (2013) and 'Dustpan' (2013) strike me this way — the forms hover between legibility and illegibility, dissolving the boundaries separating representation from abstraction. In other paintings — such as the square 'Pitcher' (2012), and 'Not'(2013) — it is as if the form has dematerialized into a shadow casting a shadow. There is something eerie and disquieting about the work." 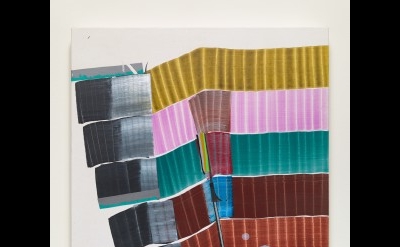 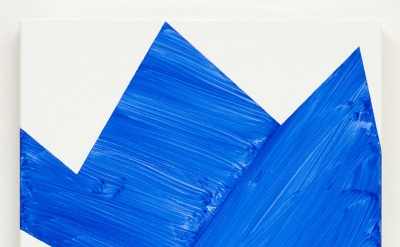