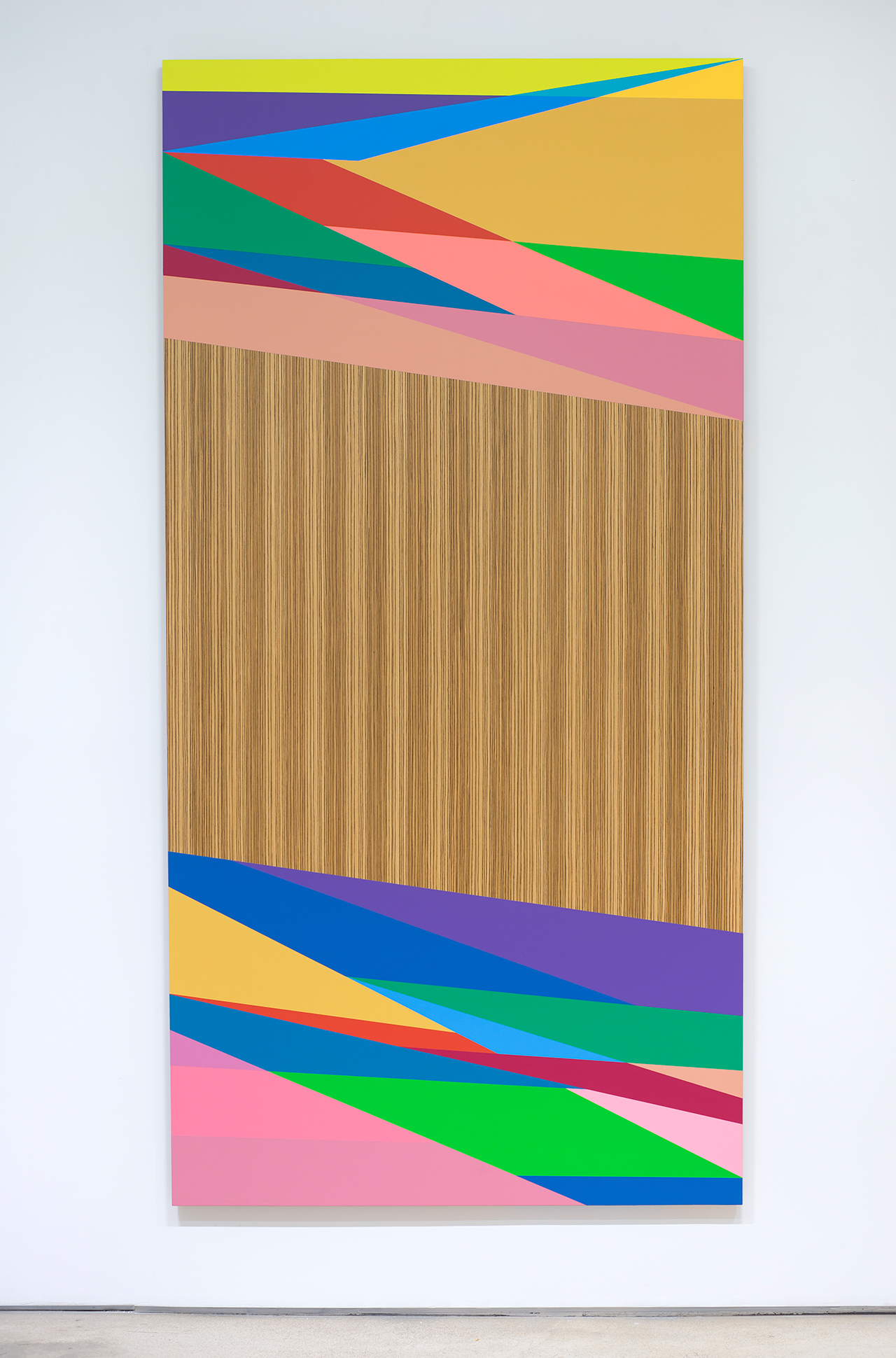 Morgan writes that over the course of his career "Odita has focused on diagonal, hard-edge color combinations, emphasizing color values and varying hues. His intention is not to illustrate color theory in his work, but to harden the gesture in painting in a manner that gives it dynamic force. Color becomes the vehicle in his work, a prerequisite to form. In contrast to theory, Odita works from a more intuitive perspective in arranging colors without gradation, thus holding the surface flat while maintaining variable depths of spatial illusion. In doing so, his paintings — whether stretched on canvas, painted on pre-fab wood panels, or applied directly to the wall — suggest a kind of conflicted illusory motion intended to inflect emotion."