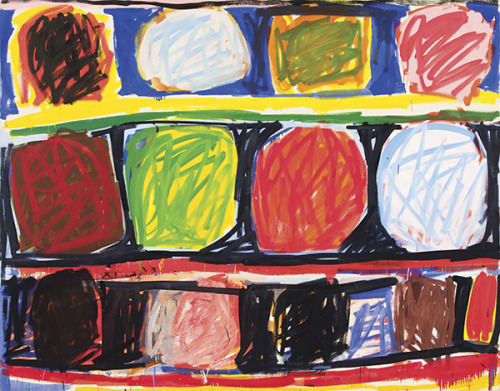 Yau writes: "Drawing and mark making are what all of the artist’s works, whatever their size, share... Working within the self-imposed restraint of a loosely defined structure, Whitney draws different colored lines within a rounded abstract shape. In the two earliest paintings in the exhibition — 'Radical Openness' (1992) and 'My Whatever Means Necessary' (1992) — Whitney insets a series of rounded shapes on shelf-like bands against a uniformly colored ground. Within each shape he drew an energetic line in paint, a flurry, that wants to burst beyond the shape’s boundaries, but doesn’t. Sometimes he draws another line over the first. He places one color on top of, as well as beside another. There is a dissonance within the structure, but there is also air and space. The paintings are gritty, urban and brisk." 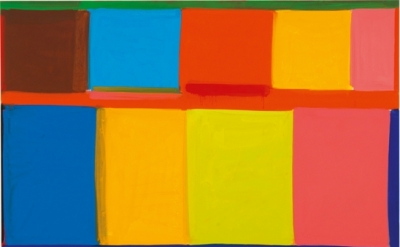 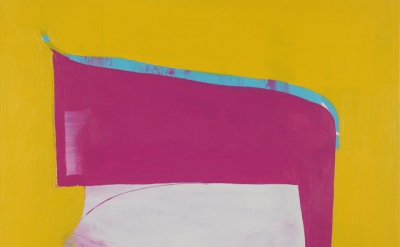 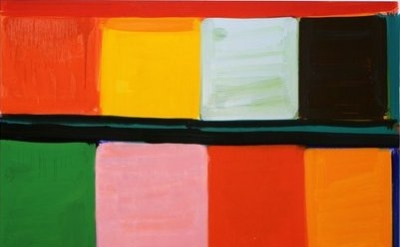