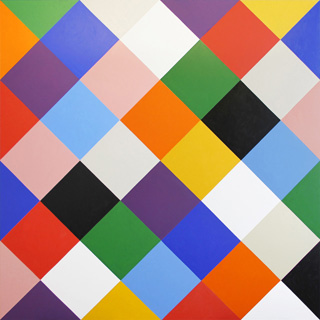 Stephen Westfall, Time Tells Us What to Do, 2013, oil and alkyd on canvas, 72 x 72 inches (courtesy of the artist and Lennon, Weinberg)

Yau writes that "Westfall — who is an eloquent champion of hard-edge, geometric abstraction and Precisionism, and less-celebrated artists such as Ward Jackson and Ralston Crawford — first gained attention for his use of skewed and layered grids that form a lattice. However, instead of settling in and refining this possibility into a signature style, he has proved himself to be a probative painter who keeps testing possibilities, pushing against the historical conventions we associate with hard-edge geometric abstraction, as if it could be opened onto new horizons." Yau continues, noting that in Westfall's best paintings he moves toward a "complicated and visually engaging possibility, from a stable image to an image that is simultaneously stable and unstable — a composition that sustains and complicates the “flickers back and forth between whole and fragment.'" 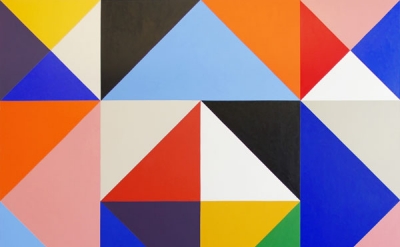 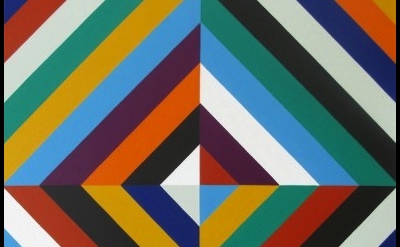