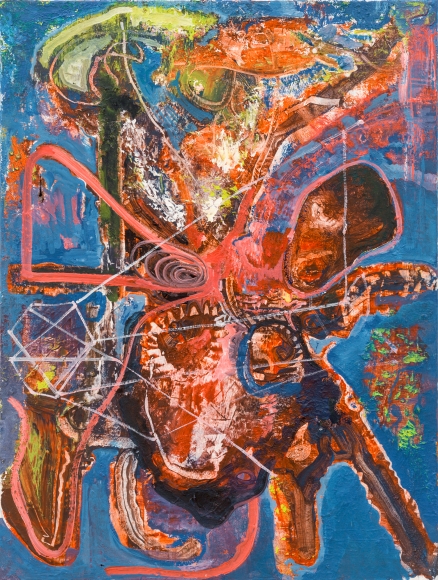 Yau writes: "In an age of signature gestures and stylistic branding, artists who change and, more importantly, are able to expand the possibilities of their work are few and far between. The most obvious difference is that in his current show DiBenedetto has mostly jettisoned the symbols of the helicopter, octopus and Ferris wheel that routinely showed up in his work. But he has also become more open to impulse and spontaneity ... DiBenedetto has become more of an abstract painter and less of a symbolist ...It strikes me that what he has done is go back in time in order to move forward, looking at the work done by Jackson Pollock, Gerome Kamrowski and Charles Seliger between 1940 and ’46, before Pollock’s so-called breakthrough, as well as the dark, mud-colored impasto paintings done by Jean Dubuffet in the late 1940s and early 1950s."

The Painter of Modern Life 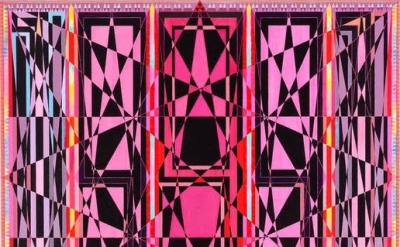