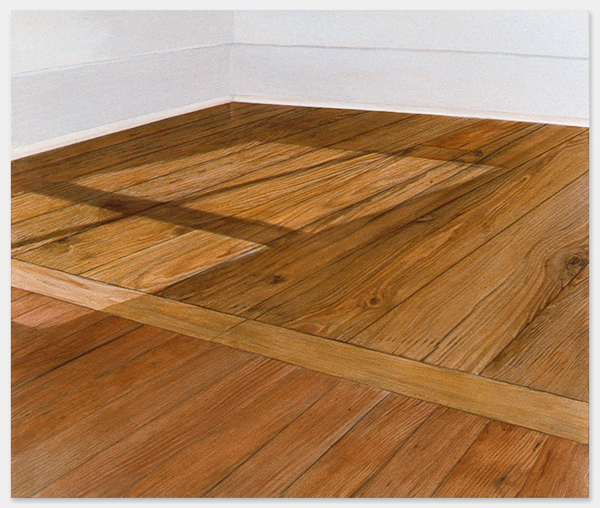 Yau writes: "it seems to me that Plimack-Mangold's early investigations of space should be credited with initiating a dialogue in opposition to Frank Stella's stripe paintings, which squeezed space out of paintings altogether, and the flat, grid-like floor sculptures that Carl Andre began after 1965."

He continues: "In focusing her attention on the tight geometric patterning of a parquet floor, or the skewed rectangles of light cast by a window onto a wide pinewood floor, she literally cleared a space for herself. By using nothing but paint to build a believable space on a two-dimensional plane, thereby openly critiquing work widely regarded as upholding a narrative of progress that was implicitly patriarchal in its telling, she also challenged the received viewpoints and well worn tropes that dominate (and continue to dominate) art history."

Sylvia Plimack Mangold: Recent Works is on view at Alexander and Bonin, New York through April 28, 2012. 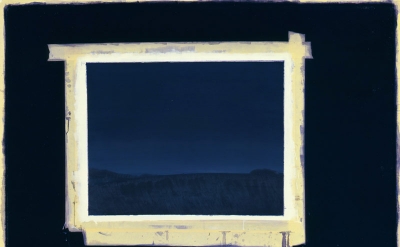 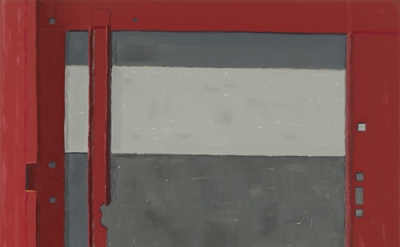