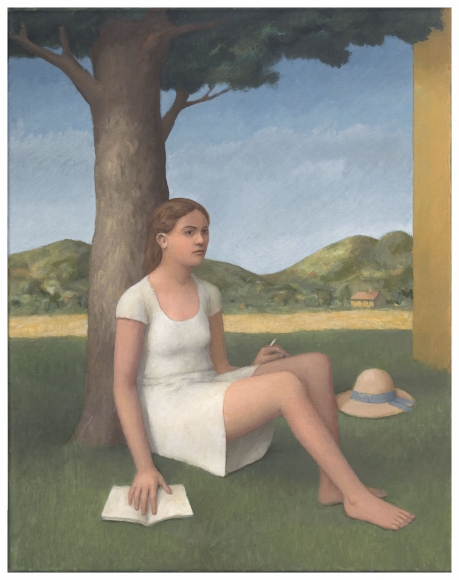 Nemett writes that "[Bailey's] compositions may at first look naturalistic, but you will find little of the visceral textures seen in the still-lifes and figure-in-interiors of 18th-century French painters such as Chardin. Bailey’s paintings have more in common with the idealizations of the Early Renaissance master, Piero della Francesca. Tempered by the kind of stylizations seen in other more ancient traditions, like Egyptian art, as well as by twentieth century painters like Balthus, Bailey’s carefully considered mix of artistic influences accounts, in part, for the strangeness that informs his imagery. It is at once graceful and awkward, right and wrong. He can make a seated person or a standing cup look like gravity simultaneously is at work in their behalf and has taken the day off. This quality lies at the heart of his paintings’ mystery, magic, and personal voice." 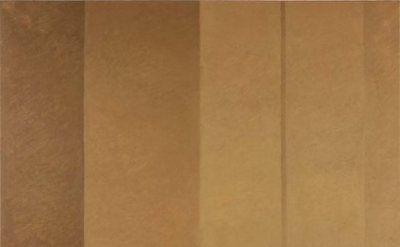 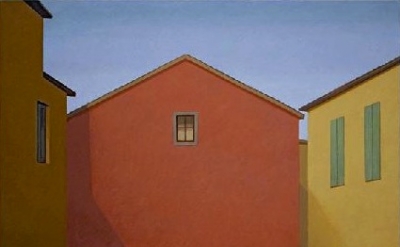 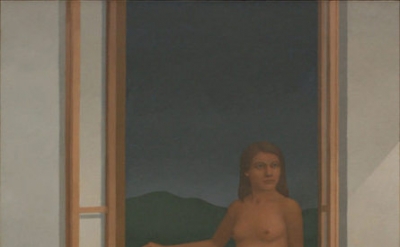