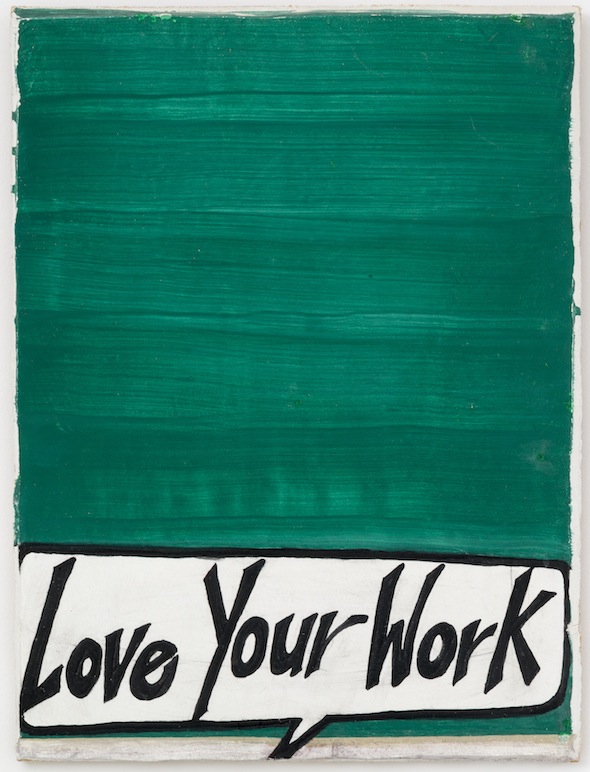 Noor Brara interviews painter Rochelle Feinstein about her recently completed series of paintings, on view at On Stellar Rays, New York through May 11, 2014.

Feinstein comments: "The 'Love your work' phrase is something that I'd heard for years, and I think it's still in play. It's one of the most awkward phrases to use because if you're the one saying it—often you're called upon to say something—it's not that it's necessarily insincere, but it's sufficient only for the moment, when you can't think of anything better to say... I was thinking of it coming from a comic book. In a comic book, the bubble is attached to the character speaking—they can't go back on what they said. I think if I used quotes or any other kind of punctuation for the work, it would be suggesting a linguistic structure outside of that particular phrase. It wouldn't be as 'spoken,' and would perhaps signify a kind of assigned meaning, which is exactly what I'm questioning the existence of."