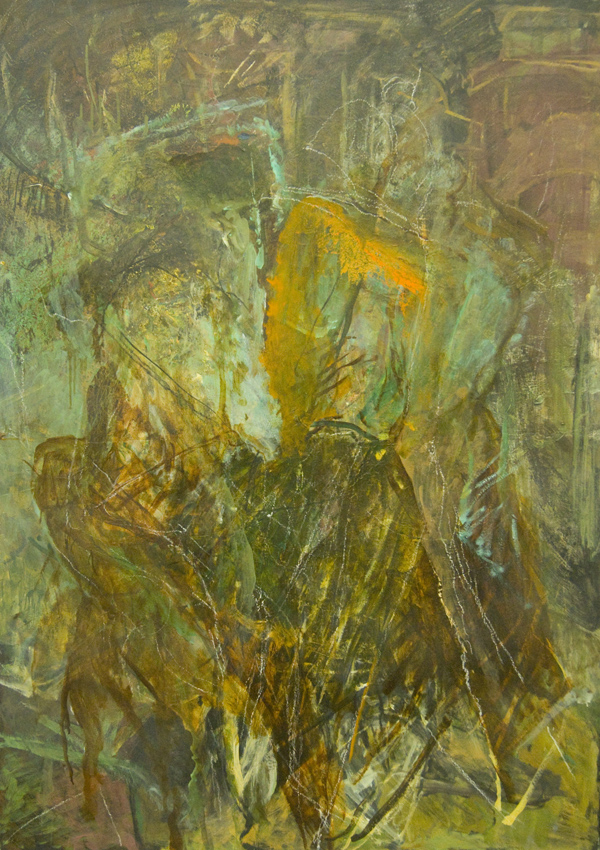 The press release states: "The Rabbinical paintings presented in this exhibition, permeated by historical influences ranging from Grünewald and Rembrandt, to Redon and Soutine, to Indian tantric art and Chinese painting, reflect the mystical and macabre with vivid intensity: sordid subjects depicted in sensual, jewel-like colors. According to the artist, his works serve as 'an attempt to cope with one’s destiny and become master of it.' Art critic, Thomas Hess, hailed Bloom in Art News as 'one of the outstanding painters of his generation.' Bloom’s 'successors' Jackson Pollock and Willem de Kooning considered him the first Abstract Expressionist.' Curator Jan Frank writes: "Visiting Hyman Bloom at his studio in 2008, I entered a very special place filled with mystical artifacts and scents, his paintings bubbled with deep knowledge of paint and life. Bloom, 95, was observing me with his deep brown eyes throughout our conversation; I felt the strength and pride of his life’s achievement. One sensed, as he surely did, that death would not be a finality. Certainly, his work endures. Bloom’s subject matter was vast and came second only to his pictorial skills."