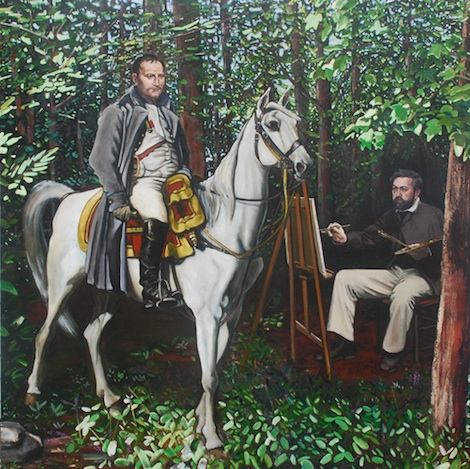 Kalm notes that the exhibition theme "plays off the traditional roll of painting as the recorder of history, and how, through creative intervention, it's used to create and distort that function. This tightly selected group of paintings veers from the slap stick humor of Joe Fig's, 'Study for Napoleon 1814,' 2009, to the painterly Romanticism of David Fertig's, 'Battle of the Pyramids,' 2012 and includes the brutally real battle scene 'The Battle in Baquba,' by Steve Mumford." 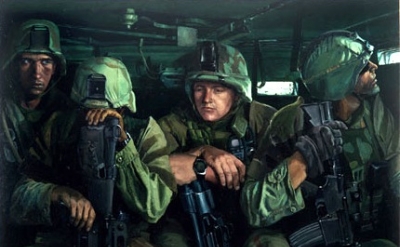