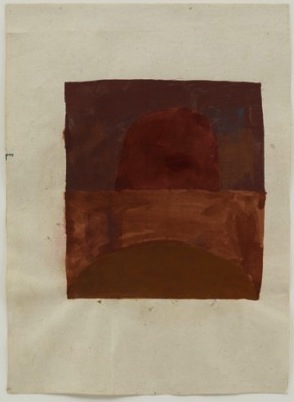 Mattera writes: "There's something appealing about seeing small work in a large space. The individual pieces are dwarfed, requiring you to move in close. Intimacy in a large space seems like an oxymoron, but Suzan Frecon's watercolors--reductive compositions on Indian ledger paper--simultaneously assert themselves while letting you in." 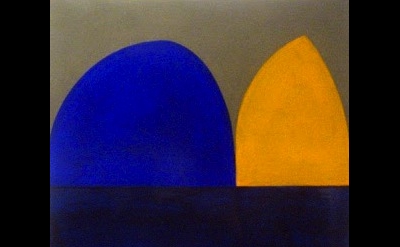