Ed Beem blogs about the exhibition Galvanized Truth: A Tribute to George Nick, featuring 37 of Nick's colleagues and students, on view at The Art Complex Museum in Duxbury, Massachusetts through September 9, 2012.

Beem quotes painter Christopher Chippendale, who remarks that "Nick insisted that our painting be autonomous from the world they depicted, not copies of that world... He would refer to them as separate, 'parallel' constructions. 'Don’t render the motif,' he would bark. 'Let cameras do that kind of work. Paint parallel to what you see.' It was not copy work we were engaged in, it was translation – the motif's materialization on the canvas through the facts both of physical paint and our own senses.' "

George Nick: The World is Flat 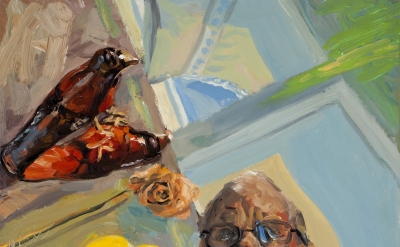 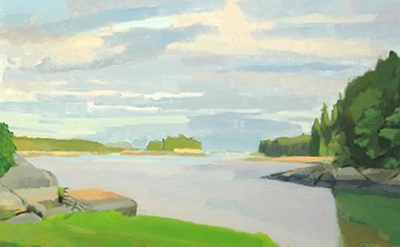