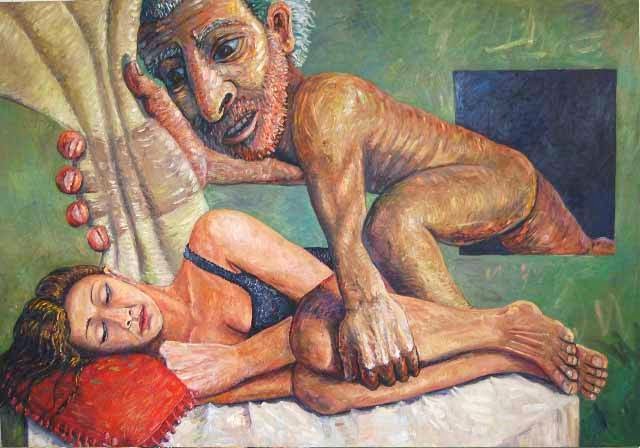 Considering Imber's early figure paintings, Belz notes: "The situations are conventional enough, but they are unconventionally presented. The figures look anxious and uncomfortable, they leer and grimace, their bodies awkwardly entangle one another, and their anatomies become suddenly exaggerated, appearing to have been shaped in response not to sight but to feeling. Incongruously, they are also naked, stripped and exposed like the barren landscapes and unadorned interiors they are made to occupy, causing both the spaces and the figures to seem equally forlorn, equally vulnerable. Yet, because they are so large in relation to the worlds they inhabit and so blunt in their nakedness -- so monumentally human -- the figures also assume an uncanny strength, as though, however common the activities they engage, they transform those activities to the level of timeless rituals, to a level of experience we all share." 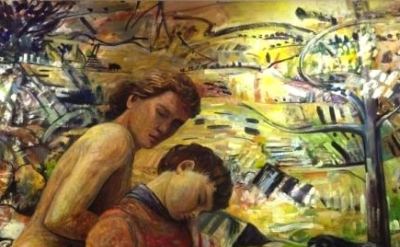 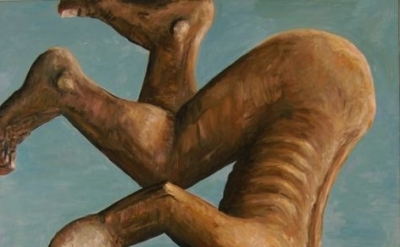 Jon Imber: The Spiral & the Source 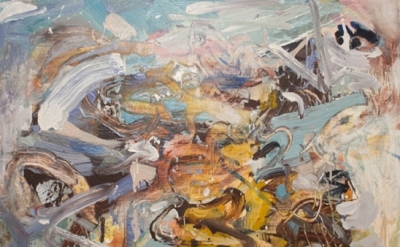