James Ensor: Skeletons Fighting for the Body of a Hanged Man, 1891

T.J. Clark writes about Intrigue: James Ensor by Luc Tuymans at the Royal Academy of Arts, London, on view through January 29, 2017.

Clark observes: "Perhaps it is true that an artist’s influences should not interest us much (Ensor’s wish to drop the subject has my sympathy) unless what they give rise to in the work before us is baffling, yet immediately coherent in its own right, and also an achievement that, once seen, appears to upend our view of the tradition being drawn on, putting that tradition in a new light. This is the Ensor effect. Who, without The Intrigue or Skeletons Fighting for the Body of a Hanged Man, would truly have grasped how much it mattered to French painting all through the 19th century – and still in the age of Picasso and de Chirico – that the ordinary, daily, material life of modernity be seen to be haunted by the unreal, the deathly, the disguised, the predatory, the phantasmagoric?" 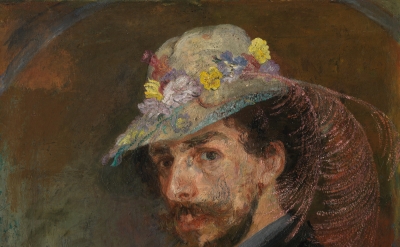