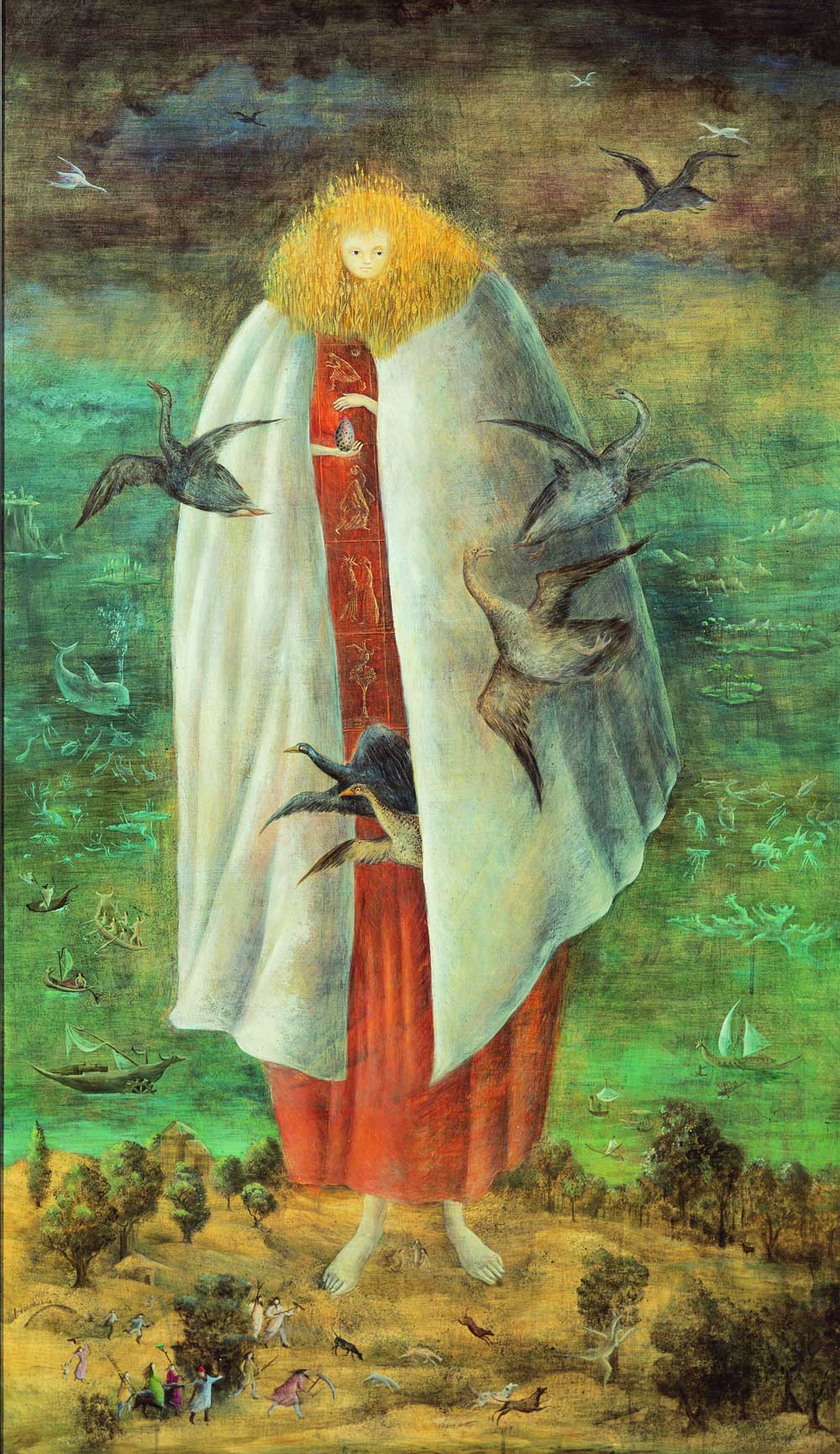 Alice Spawls reviews an exhibition of works by Leonora Carrington at Tate Liverpool, on view through May 31, 2015.

Spawls writes: "[Carrington] refused to explain her personal symbolism, but called reading The White Goddess ‘the greatest revelation of my life’. The figure of the muse, Robert Graves’s ‘Mother of all Living, the ancient power of fright and lust’, became less burdensome as manifested in The Giantess (c.1950), whose colossal central figure towers over the scene like a Madonna della Misericordia. She cradles an egg; geese fly out from beneath her pallium; her golden hair is a field of wheat. Around her feet a hunt is taking place – Uccello’s Hunt in the Forest but with a sylph instead of a stag – while the sea behind is teeming with boats, whales, crabs and bizarre creatures like monsters on a medieval map." 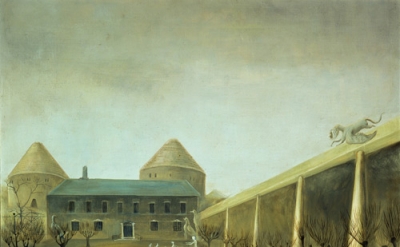