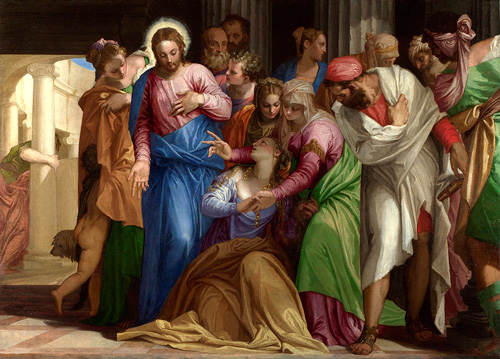 Veronese, The Conversion of Mary Magdalene, 1548, oil on canvas (© The National Gallery, London)

Charles Hope reviews the exhibition Veronese: Magnificence in Renaissance Venice at the National Gallery, London, on view through June 15, 2014.

Hope writes: "Visitors to the exhibition will get a very clear idea of Veronese’s strengths as a painter, but also of his weaknesses. He is notable above all as a colourist who used a range of bright hues with a boldness unmatched in his time and scarcely equalled since; the effects would have often been much more marked than they are today because some of his pigments – the type of blue known as smalt, for example – have become discoloured over the centuries. Hence the grey and even colourless skies in some of his pictures. With his love of colouristic effects went a taste for richly patterned clothes and elaborate jewels, and this was combined with quite a narrow range of handsome, well-fed and poised figure types. The effect is sumptuous, seductive but ultimately excessive and a little monotonous, rather like a visit to a patisserie. What Veronese most conspicuously lacked was an ability to create effective and dramatic pictorial narratives. This is partly a consequence of his use of colour, which was often calculated to create a harmonious overall effect rather than to single out the main protagonists." 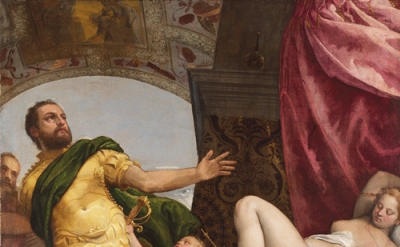 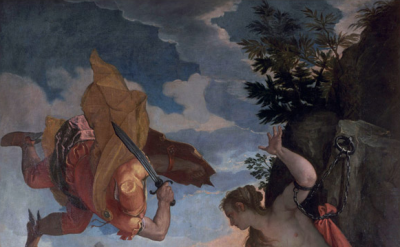