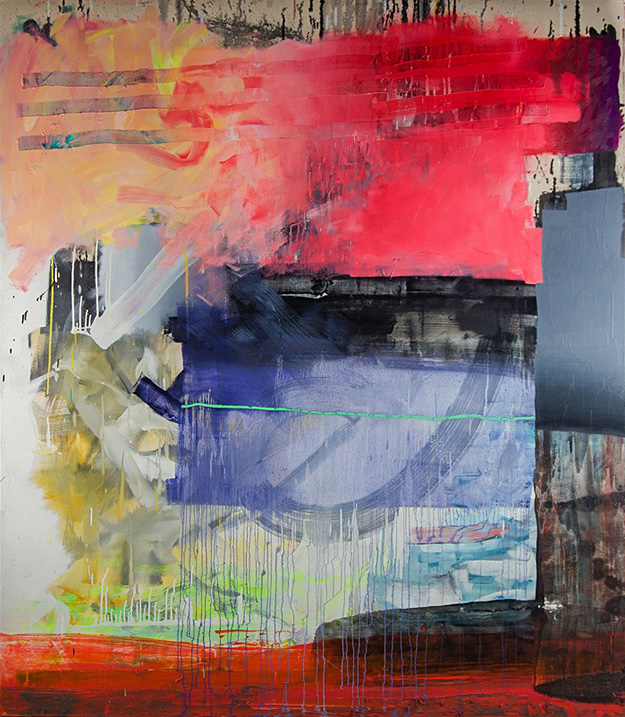 Kyle Fitzpatrick interviews Los Angeles based painter Alexander Kroll, whose exhibition The Florist, The Loquat and Yes will be on view at CB1 Gallery, Los Angeles, from November 18 – January 6, 2013.

Discussing his process Kroll remarks: "I never plan these paintings... In fact, they’re really a lot like Los Angeles: there is a total lack of concern with planning. That’s not interesting to me. Each decision, each moment is highly considered and rigorously thought about but I don’t always think about the affect that will have on the surrounding area. For example, nobody knew when they put up Disney Hall that Frank Gehry’s design would raise the ambient temperature in the neighborhood by a number of degrees. I completely think that happens in paintings. They aren’t thoughtless: it’s simply that they aren’t planned, which is actually a rigorous decision."

via:
Los Angeles I'm Yours