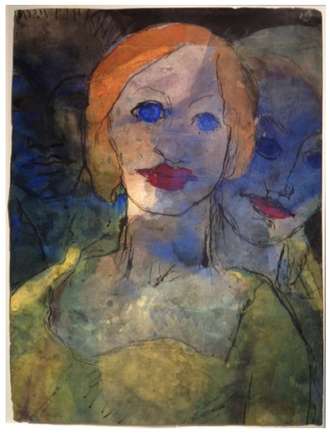 Halasz writes that in Nolde's painting Phantasie (Drei Köpfe): "Everything is very definitively outlined. This is the only painting in the show whose label concedes it was made with graphite and ink in addition to watercolor. But the precise details of the outlines – and the way that they almost miraculously cleave to the edges of the different color areas in the painting – contrast with the common claims of the German Expressionists – and particularly with the claims of Die Brücke – that their art was made quickly and freely, that it was not only 'expressive' but 'spontaneous.' Expressive, I entirely agree. But spontaneous? To me, it’s pretty obvious that after the first fine careless rapture, a lot of care and dedication went into making these little pictures as perfect as possible." 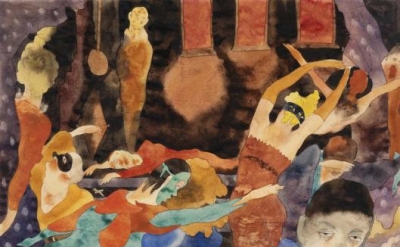