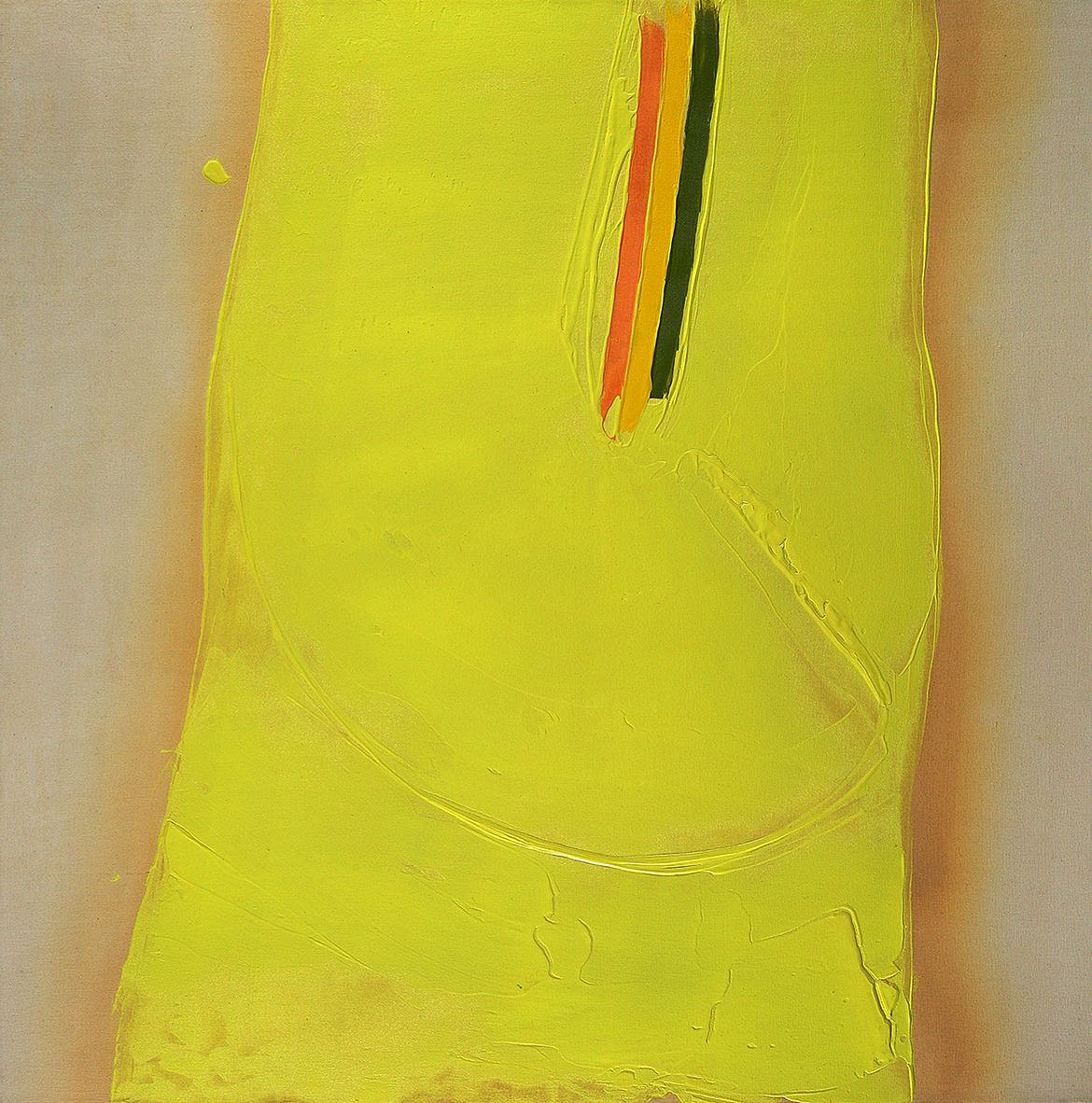 Halasz writes: "In the 1980s, Jules Olitski & Larry Poons were dominating the discussion within color field circles by making somber, 'close-value' paintings, heavily laden with gel. Perehudoff wasn’t. Instead, he was creating bright, always radiant and sometimes positively bouncy pictures with vivid color contrasts and only the occasional (though always dramatic) dash of gel. These paintings can often give the viewer a lift—being somehow as free and open as the prairie skies." 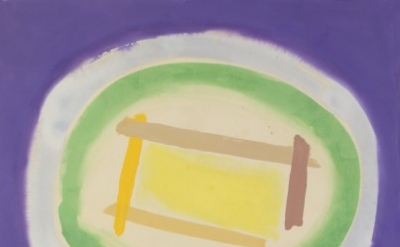