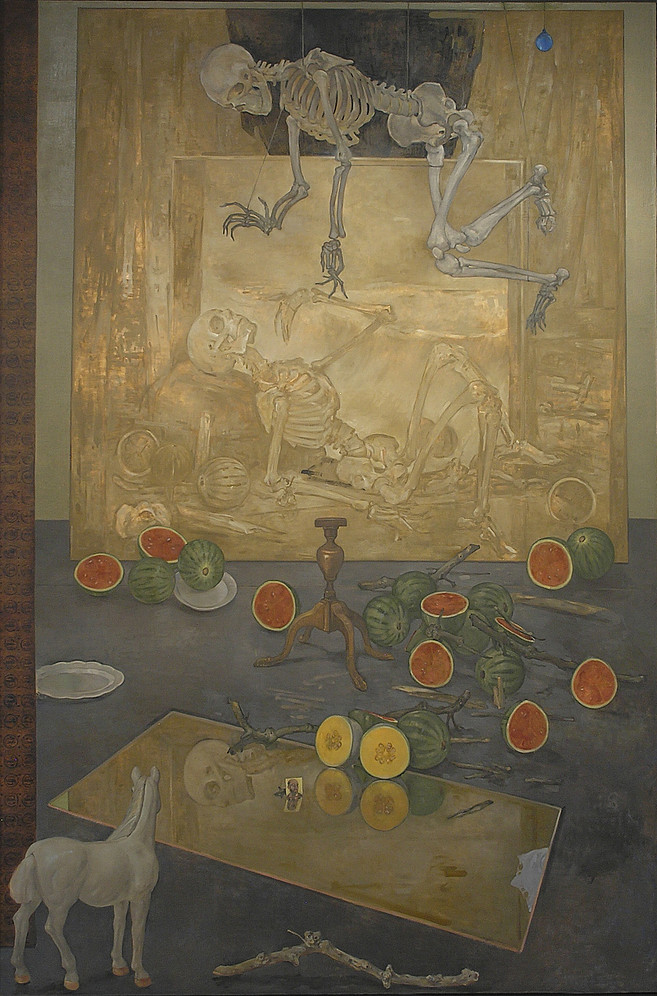 Fisher comments: "I think one of the most interesting questions in a painting practice is how to be simultaneously of the present in the work and at the same time speak to a well-articulated lineage. This binary is at the core of painting, as it is essential to develop the ability to move fluidly through an ascetic relationship to influence and an immersion with in it... Work that relies on thematic concerns of an era can be limited in its consideration of the universal. Painters such as Morandi have the most revolutionary of paintings as they function outside of their epoch of making. They function on a level that is outside of dichotomy. While polemical modes of argument are useful as a way to amplify distinctions within a range of considerations, a painting is not an opinion on a scale, it is an ineffable investigation which is a result of an engagement with simultaneous phenomena. Abstraction is both a structure and a language and does not negate representation, rather it is at its core."