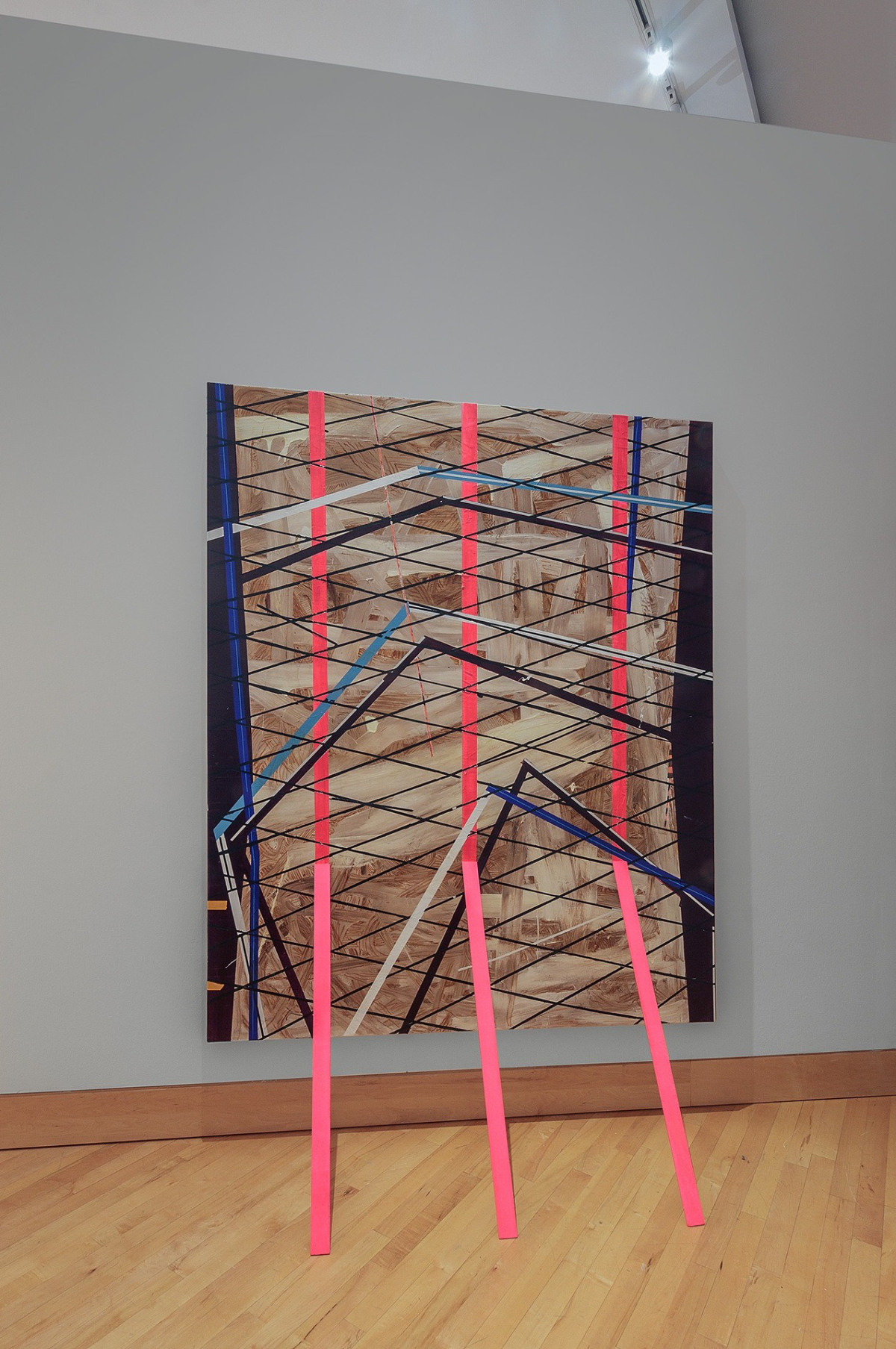 Johnson comments that his new work "came out of questioning what I want or wish painting could be right now, for me. A type of interaction with the two-dimensional surface and it surroundings and a desire to control the space. I think that sometimes it’s easier to talk about something by adding an element that is foreign to the medium. While I am working I like to imagine that I have moved the picture plane right in front of the viewer as if everything within the visual field functions as an important part of the image or at least interacts with it. There may be a set of lines or shape on the floor that have a certain length, width and direction that reflects in the painting allowing a different type of space to occur in the image. Or the wall might be the same color as an area in the painting creating a tangible plane in the image, a kind of reference point almost. I like to think of how deeply a painted shape appears to sit in the image and its interaction with the surrounding reality and the actual depth of the canvas. This allows the viewer to jump back and forth between the 'painting' and its surroundings. Creating an active relationship between the wall, floor and canvas. If that makes any sense? I really just want the viewer to interact with the images in a way that is not typical to painting but is still involved in its discourse. The two-dimensional space starts to live in a way that typically doesn’t happen in the 'framed window' of painting."