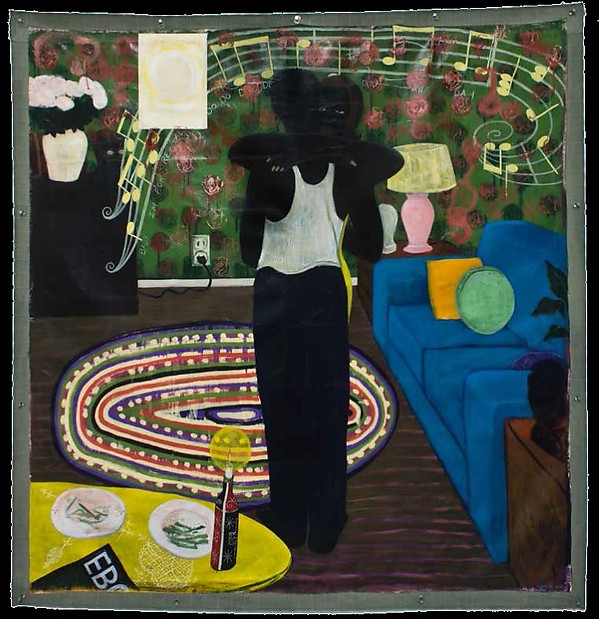 Schwabsky observes: "Marshall is something we haven’t seen for a while, at least in a very convincing way: He is what Baudelaire called for 171 years ago, a painter of the heroism of modern life—and the fact that the heroes of modern life are black may not be accidental. Their very thriving, Marshall’s paintings seem to suggest, is heroic, and he finds his heroes in barbershops and camping grounds, working-class living rooms and public parks, coffee shops and artists’ studios... But if the protagonists of Marshall’s paintings often radiate a sense of seriousness and dignity, he also places these grave figures in pictures that are filled with sly wit and willful incongruity." 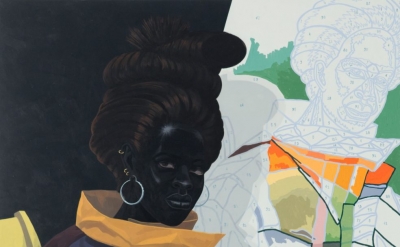