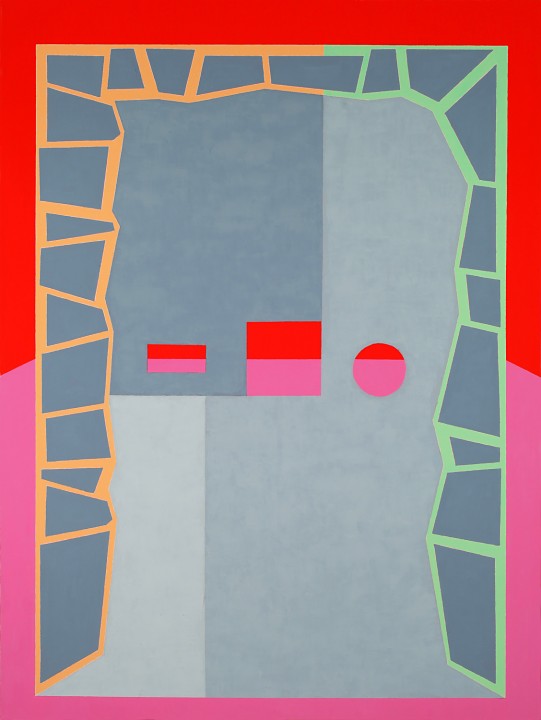 Erin Langner reviews the exhibition Michael Ottersen: The (Mentholated) Roads Around Naples at SEASON, Seattle, on view through September 29, 2013.

Langer writes that "most of the canvas-spanning forms can be contorted into geometric faces. But then, there are the titles, which counter the initial straightforwardness with an esoteric sense of humor that reads as equal parts inside joke and non sequitur wordplays... Beyond the palette and shapes, the paintings and ink drawings... refuse to portray easy relationships amongst themselves... Buried among the smallest of details, however, is one distinct consistency. Flashing along the borders of the figures like a reflection catching the light, streaks of paint and gesso beneath the top layer make fleeting appearances throughout the series. Revealing a twisted web of connections that mirrors the relationships existing across and within works, these glimpses of their foundations hint just enough at a semblance of coherency that attempts at logical understanding of The (Mentholated) Roads Around Naples may not be entirely futile." 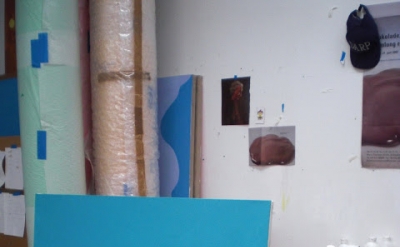