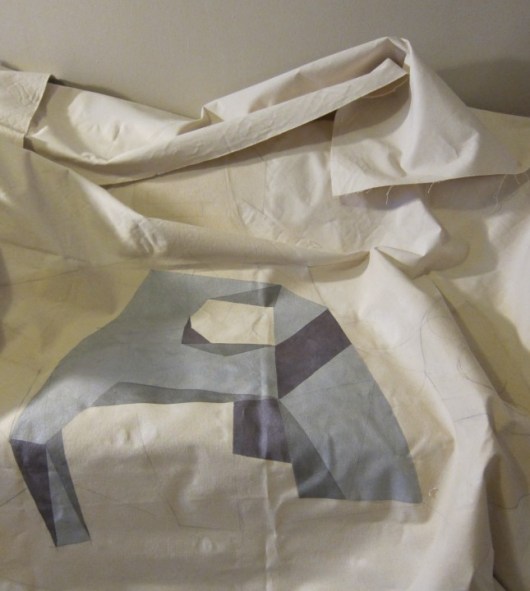 Of the works at SEASON, Butler comments: "The primary attribute uniting our work is that we both craft carefully made objects that, in terms of their physical objectness, exude an aggressive nonchalance. Yes, at first glance, our work looks similar, but hanging it side-by-side also makes the differences more obvious. Where my paintings embody a Minimalist's ennui, Allison's embroideries manifest the raging torment of a jilted lover - a more Neo-Expressionist approach than Minimalist despite her spare use of materials. I'm energized seeing these paintings installed with Allison’s embroideries - it's like finding a treasure chest of new approaches and ideas." 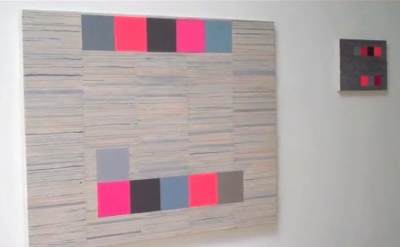