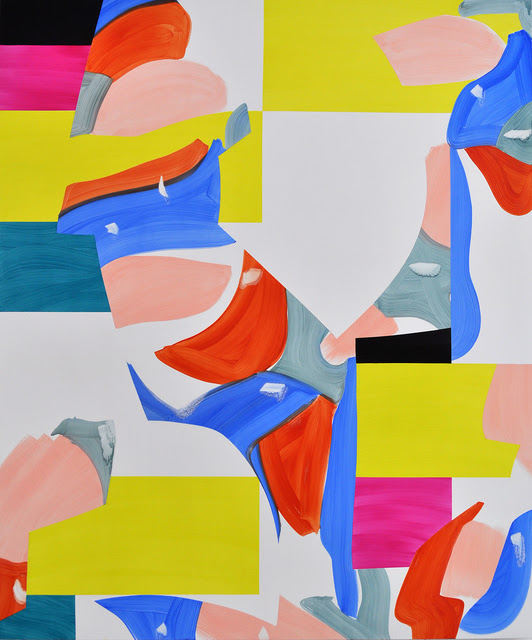 Garr writes: "In Blue Nude (2016) ... sharp angles still betray the human touch and coexist with more organic brushwork. These are among the paintings that offer a contemporary take on a collage sensibility, one informed by the digital era. The abrupt bracketing and continuous layering evoke the transposition of multiple open windows on computer screens. A few works embed grids into otherwise fluid, gestural forms, which may refer to digital systems such as bar codes. The organization of forms has affinity with the ways that people interface with each other and the world around them in the 21st century. However, there is no sense of the distraction or passivity that is often associated with computer screens. Close to Me was robust, bracing, and provided apt metaphors of an era that may be characterized by scanning, simultaneity, and flux."