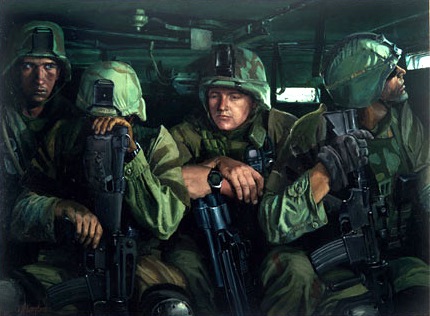 Greg Cookland blogs about the work of Steve Mumford whose work was recently on view in the exhibition For the Record at Montserrat College of Art.

Cookland writes that "For a 'war artist,' Mumford rarely depicts people fighting or hurt. His most frequent subject is American troops in downtime or waiting... There's a saying that war is long stretches of boredom punctuated by moments of sheer terror. Mumford may not be seeking it out, it may just happen to be what he witnesses, but that boredom is his defacto subject. Which may, in a curious way, be a more accurate picture of war than we’re used to." 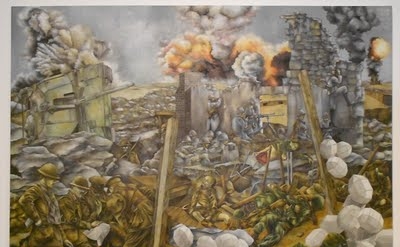 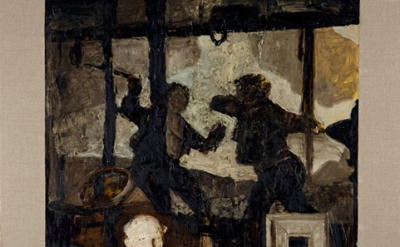 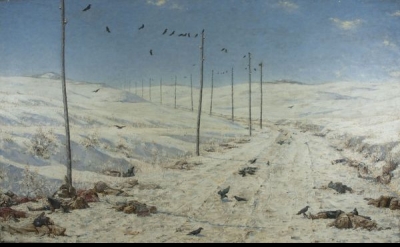