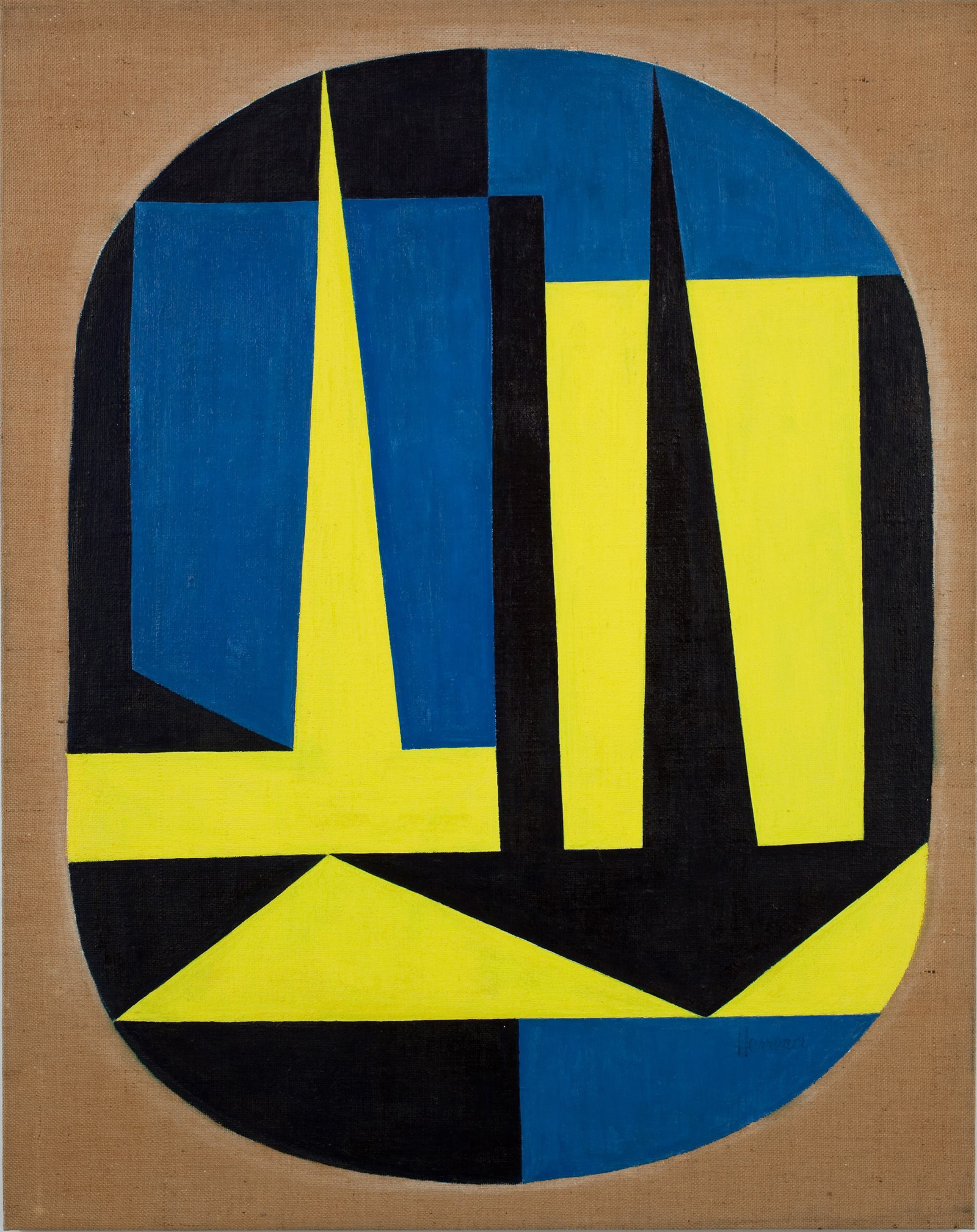 Messud writes: "From the first, Herrera deployed line and color with an energy intensified by her rigor. A City (1948), with its blocks of lemon yellow, black, and cobalt blue, foreshadows a palate that recurred in later series. More visually complicated than her later paintings, it evokes, with its sharp juxtaposed turrets of light and dark overlaying broken oblongs of opposing color, the architecture and bustle of urban life. It is hard not to smile at Herrera’s witty use of the rectangular burlap frame and within it, the squared oval of tri-colored paint, which in turn contains the measured interplay of various geometrical forms. A City affords us both formal satisfaction and its sly frustration; it points to things, and elicits emotion, but insists, still, on its openness, its detachment." 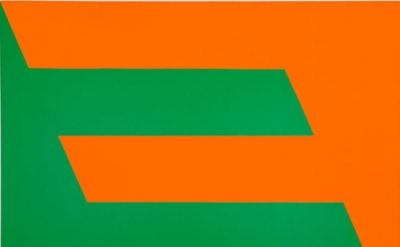 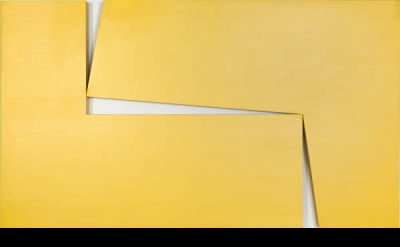