The Vitality of the 'Berlin Painter' 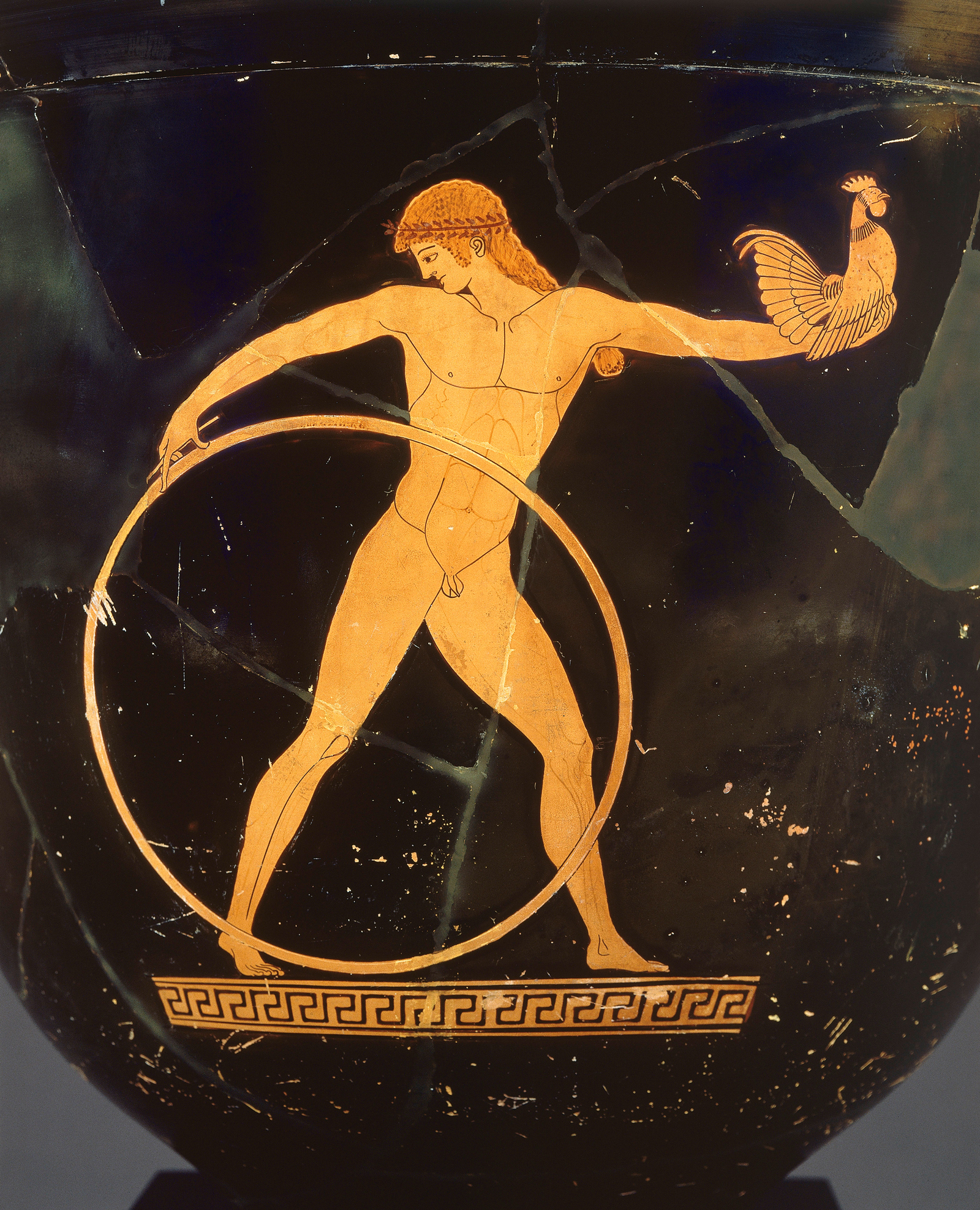 Attributed to the Berlin Painter, c. 500-490 BC, Red-figure bell-krater showing Ganymede, described in the Iliad as the most beautiful of mortal men (Musée du Louvre/RMN-Grand Palais/Art Resource)

James Romm reviews The Berlin Painter and His World‌, on view at the Princeton University Art Museum through June 11, 2017.

Romm writes: "The Berlin Painter began working at the end of the sixth century BC, when the red-figure technique of vase painting—in which black glaze fills the background, leaving silhouettes of unglazed red ceramic to form the image—was just starting to replace its inverse, the black-figure style that had prevailed earlier. The possibilities offered by this new medium clearly intrigued the artist, who began to expand the black background and diminish the red subject to a single, static figure—a lyre-playing singer with his head thrown back in musical ecstasy, a young athlete holding a discus. These figures seem to float, anchored to the physical world only by the short geometric band on which they plant their feet. In some cases, even this tiny hint of landscape disappears."

via:
Now at the Met