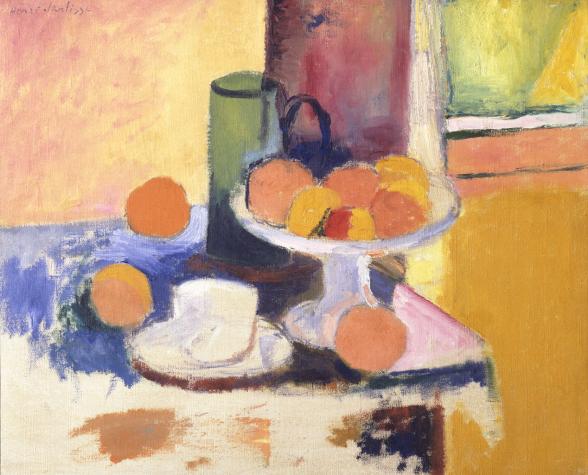 Roberta Smith previews the exhibition Matisse: In Search of True Painting at the Metropolitan Museum of Art, New York, on view from December 4, 2012 - March 17, 2013.

Smith writes that Matisse "communed with artists of the distant or not-so-distant past, from Giotto to Cézanne, and periodically brushed shoulders with Cubism and the work of his chief rival, Picasso. But his main desire was, as he put it, to 'push further and deeper into true painting.' This project was in every sense an excavation, and he achieved it partly by digging into his own work, revisiting certain scenes and subjects again and again and at times also making superficially similar if drastically divergent copies of his paintings. His rigorous yet unfettered evolution is the subject of [the exhibition], one of the most thrillingly instructive exhibitions about this painter, or painting in general, that you may ever see."