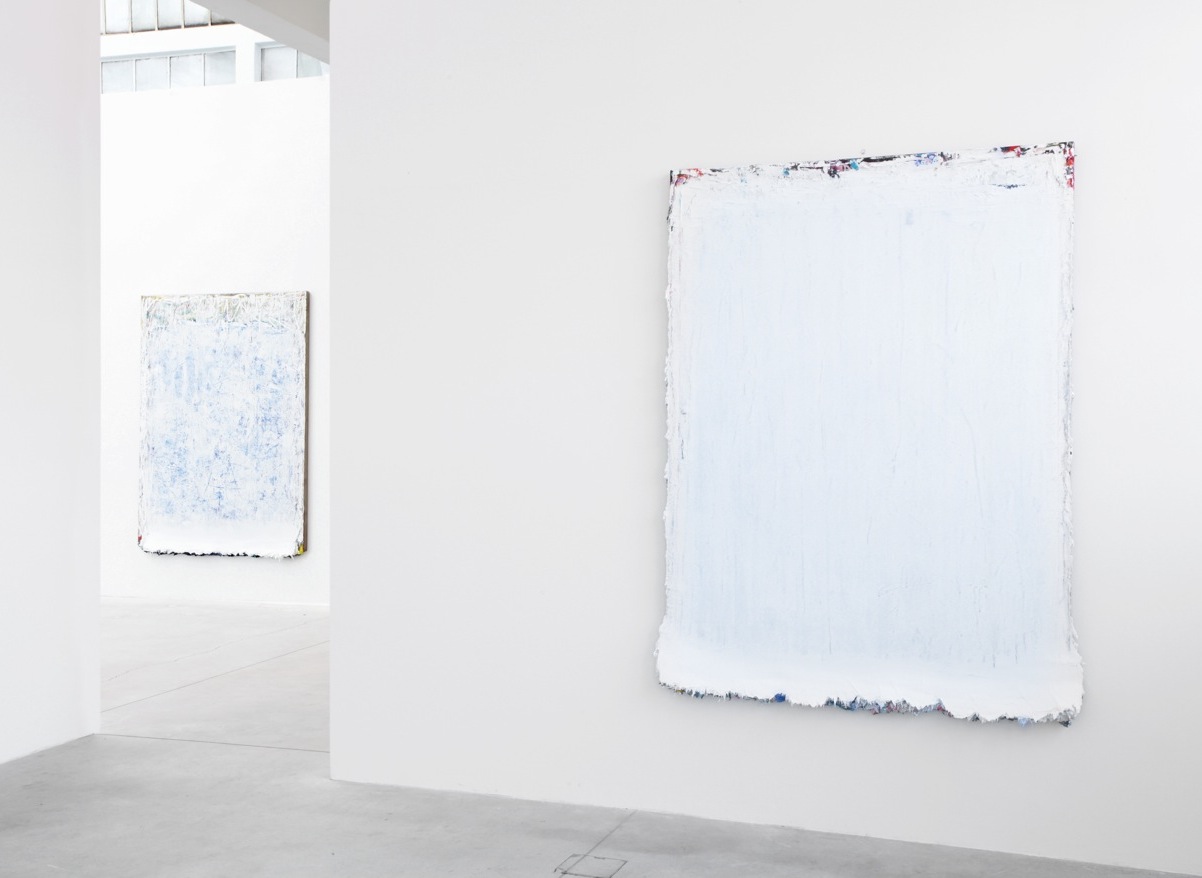 De Chiara writes that Dadson’s paintings "can be admired from a frontal perspective, but also from a three-quarter view, where we become aware of the complex process that led to their material thickness. This is especially true of the Re-stretch series, a small series of paintings which can be seen to consist of all the range of colors of the rainbow. Frontally, we perceive only a white square that references a frame, smaller than the canvas, delimited by an accumulation of color noticeably thicker at the edges. All of this is then surrounded by the rough linen canvas. In the large-format paintings, the same tension between inside and outside is created by the color spreading out towards the edges, exceeding the limits of the painting space. In both cases, we see a blurring of the boundary between the fictional space of representation and reality." 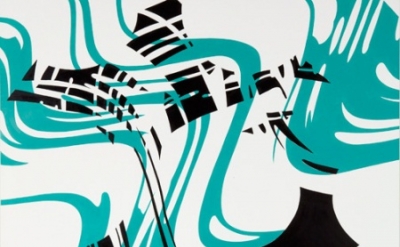 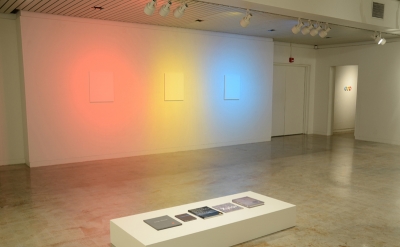 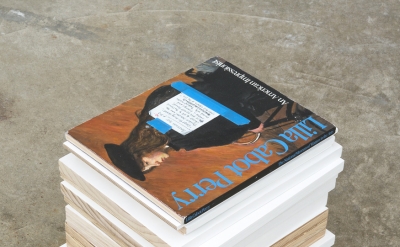