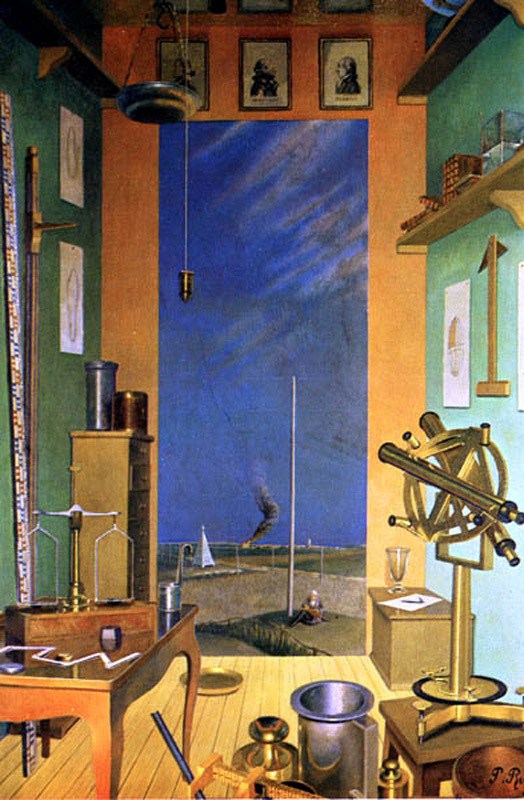 John Moore reflects on Pierre Roy’s Metric System (1933) in the collection of the Philadelphia Museum of Art.

Moore writes: "While objects like the transit in Roy’s work were undoubtedly found in his studio, the context, like the room in Metric System, was likely invented and existed only in his paintings. He apparently began by first arranging objects in a box, not unlike Joseph Cornell. Using direct observation, but adjusting and altering scale and relationships, he worked “… without the least previous idea or intended meaning”. When asked asked why he did not just photograph his assemblages, or show them as they were made, he replied “Because photography does give real likeness…. and time would change in different degrees the different materials and soon the whole would become unrecognizable while, on my canvas, all will evolve together and the harmony that I like will be preserved.” Is there any better definition of the point of painting?" 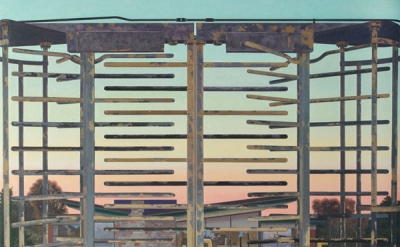